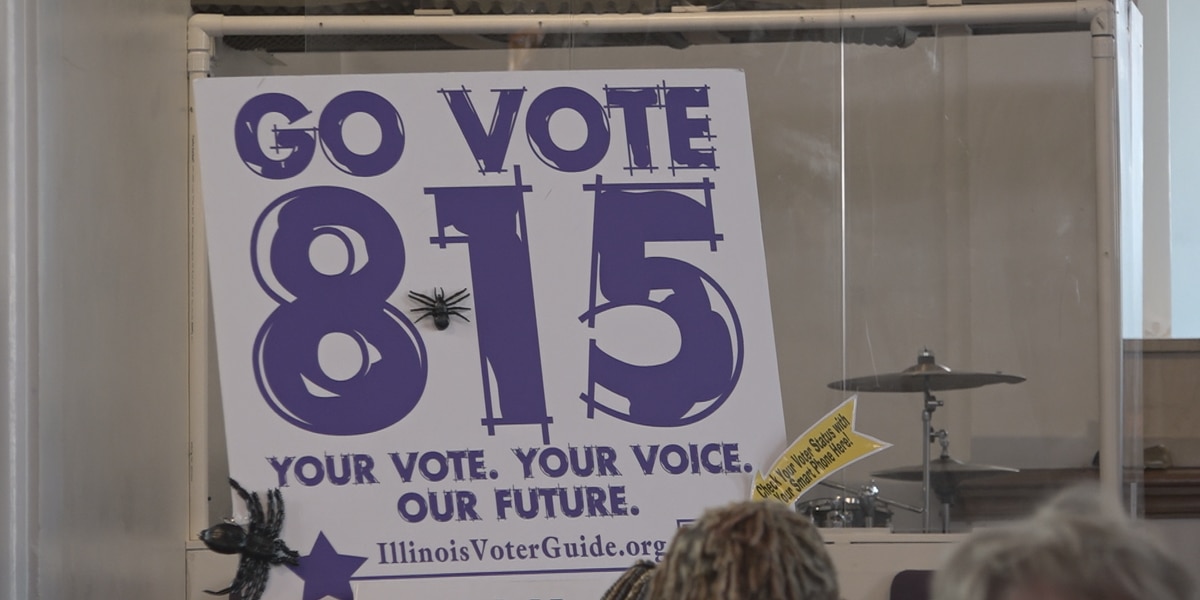 ROCKFORD, Ill. (WIFR) – They are looking to secure an Election Day victory in Winnebago County. Local candidates from both parties get what could be their last chance to face off against those who will decide their fate in November’s election.

In just three weeks, community members will head to the polls on Election Day. The Rockford League of Women Voters and the NAACP have joined forces to give Winnebago County female candidates the opportunity to share their policies.

Judy Schultz is not only a voter but also a member of the League of Women Voters. She says it is essential that people take the time to vote and that the goal of the LWV organization is to help people through the voting process. This is why today’s meeting was so important.

“I often split my vote and I might do it again this election. I look at the candidate and not so much the party,” Schultz said.

Schultz believes that listening to candidates’ policies and finding out if they align with his values ​​is how everyone should choose a candidate to vote for. A total of 14 candidates attended the event and explained why they believe they are the best choice for the position.

“I don’t like commercials on television where they attack the other person. It tells me nothing about what they believe and what they want to achieve,” she said.

Many candidates say their goal is to have a meaningful impact on the Rockford area and they simply want to be a voice for the community.

“I bring something to the table that politics has kind of left out and it’s a voice for the people. Not just for certain groups, but for people as a whole,” said Bert Gerl, member Board member and Republican candidate for the 15th District, “I think people have really felt left out because they don’t have a voice in politics anymore. And I think I am that voice.”

“When I look at our local politicians, many of them are decent and honorable people, but we don’t need to think in groups. We need people with different perspectives and different ideas. People who can cooperate and get along for the good of all, ”said Chris Scrol, the Democratic candidate for the 15th district.

LWV co-chair Sue Theden says only 17% of eligible voters actually voted in the primaries and more voters are needed to make up the difference.

Election day is Tuesday, November 8. Anyone interested in learning more about the candidates can visit the League of Women Voters website or contact the county clerk.