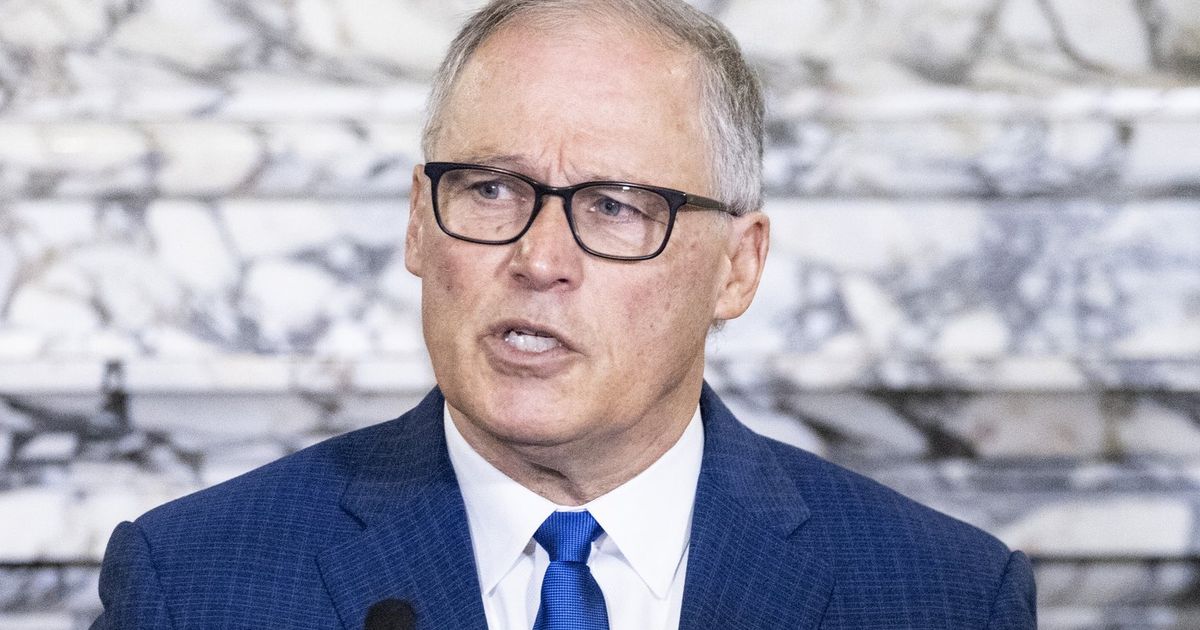 I suppose it was inevitable, as political tribalism rises, that the impulse would also grow to simply remove things that one side or another considers wrong or dangerous or uncomfortable.

We are only two weeks away from the start of 2022 and politicians here and abroad are in full censorship.

Weighing in locally is, among others, Governor Jay Inslee. It proposes to imprison, for up to one year, any local or state elected official or candidate who makes false statements about the Washington State electoral system or the results of past local elections. The law project, published earlier this month, says that to be eligible for prosecution, lies must additionally be “directed toward the incitement or production of imminent lawless action.”

“I think it will be constitutional because we understand that speech is the type of speech that can promote violence,” Inslee said, referring directly to the US Capitol riot.

Well, I 100% agree with the Governor that the election crusade stolen from Republicans over the past year has been both brazen and damaging. Shamelessly because there is no evidence for it; detrimental because, although false, it anyway generates doubts and disbelief about the engines of democracy.

But ban it? It’s a version of “lock them up!” type of response that liberals rightly criticized Trump for stoking his rivals.

“You don’t deal with the rise of authoritarianism by threatening to jail opposing politicians,” says Jeff Kosseff, a former Oregon journalist turned US Naval Academy law professor who criticized the proposal. ‘Inslee online.

“Other countries throw politicians in jail for their speeches. We don’t.

In practice, charging anyone under the law would be extremely difficult, Kosseff said. Other attorneys have also noted that Washington State already has general laws against incitement to riots and the like, so this special exception for election-related speech seems redundant.

On a symbolic level, however, the intent is pretty clear: “It’s to use the threat of prosecution under this law to try to chill the rhetoric,” Kosseff said.

Spooky speeches, or outright attempts to ban ideas altogether, are all the rage in American politics. As NBC News noted on New Year’s Eve: “America ends 2021 with a wave of censorship.”

The law is in a froth to ban books or even entire subjects from being taught in school. In Iowa, the President of the State Senate suggested criminally charging the teachers for using books in the classroom such as “The Absolutely True Diary of a Part-Time Indian” by Seattle author Sherman Alexie.

Back to our State Capitol in Olympia: Republican lawmakers here have, at just the right time, introduced bills to rid schools of “critical race theory,” but go much further than that. One, from Rep. Brad Klippert, R-Kennewick, Bill of 1886, would ban any teaching in schools, including any classroom discussion, of the notion that this country’s institutions can be “structurally racist.”

It’s just an ostrich approach to the story. If you can’t talk about structural racism, then you probably couldn’t study how our own state’s Supreme Court threw out the death penalty a few years ago, because of its racial bias. Black defendants were four times more likely than whites to be sentenced to death. It’s a fact, not even a theory, but it would be forbidden.

Free-speech group PEN America says proposals to sanitize history like this are sweeping the country and amount to “educational gag rules.”

Of course, there is legitimate debate about whether various books or lessons are appropriate or should be taught. But blanket bans on ideas are anti-educational and contrary to the whole premise of a free society. As the lawyer said about jailing politicians, other countries do things like that. We — supposedly — don’t.

Klippert, who is running for Congress in central Washington’s 4th District, also happens to be one of the state’s top dabbling in the stolen election plot. So here he is, working hard to muzzle the ideas he doesn’t like, even as Inslee, across the Capitol rotunda, tries to muzzle him.

None of these muzzles will work; it never does. This will force underground conversations. In the case of the stolen election absurdity, I could even see him magnifying his conspiratorial power. People will say, “The government has banned talking about it, so there must be something in there.”

It’s a cliché, but the answer to all of this is: No more talk. More about our checkered history, no less. No more debunking the lies. Society is grappling with a firehose of disinformation, but we won’t be able to regulate or censor our way out.

I guess I thought, or hoped, that we were made of something sturdier than this. Where, despite all our faults, we could still at least aspire to be a marketplace of ideas. Instead, both of our political parties right now seem to be scared.

[email protected]; Danny Westneat takes an informed look at the news, people and politics of the Puget Sound area.