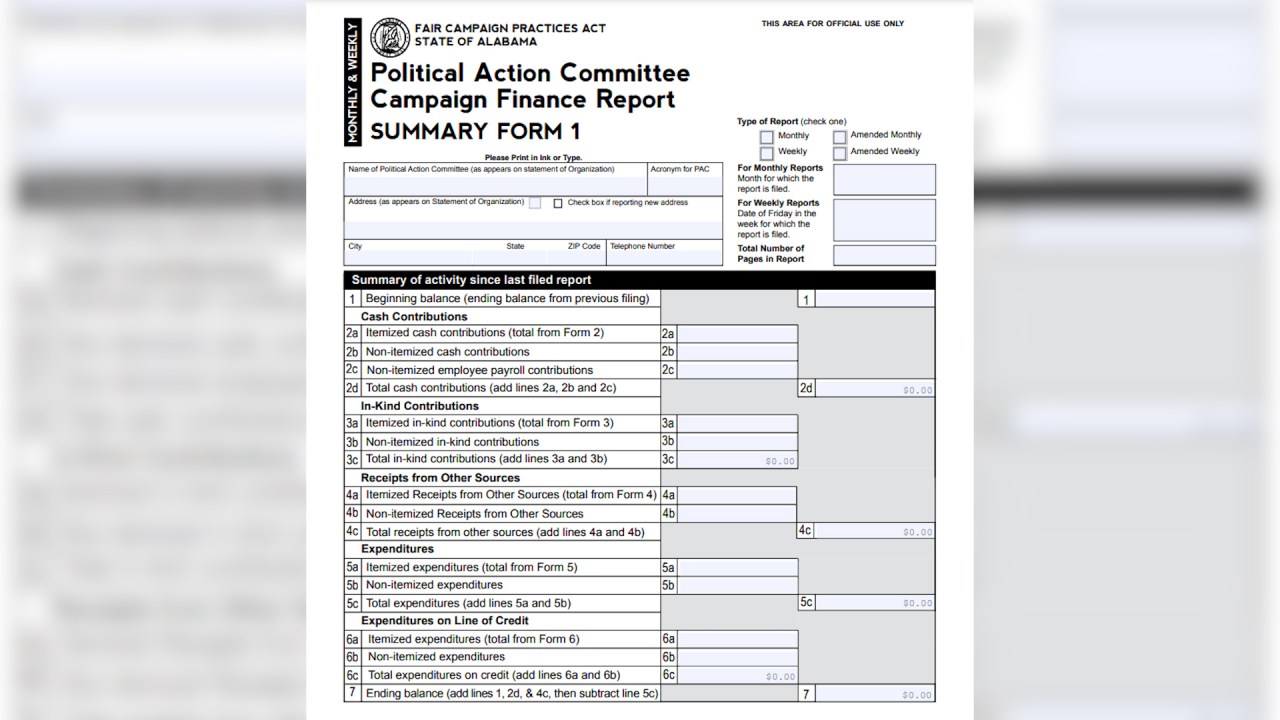 HUNTSVILLE, Ala. (WHNT) — Millions of dollars were spent on and by candidates in the months leading up to Alabama’s primary election. Just four days before Election Day, News 19 identified a problem in the campaign finance documents of a top Democratic candidate.

“We had issues with the thing,” Flowers said. “We were going to put it in, but we didn’t know there would be another step. So, we had to put it all back. Here I was going out, up early in the morning, and we just finished.

Flowers said she and her team have been working to resolve the issue. The process began around 11:30 a.m. Friday morning when the Flowers campaign filed financial returns dating back to January.

The Alabama Office of the Secretary of State is responsible for tracking election reports and handling sanctions when candidates miss deadlines or otherwise violate Alabama’s fair campaign practices.

Alabama Secretary of State John Merrill said that while the reports have now been filed, the Flowers campaign will suffer consequences.

“Our team will assess where the misconduct occurred,” Merrill said. “They will award penalties, fines and costs. This individual will pay them for some time to come, as the accumulation of these will be significant.

Merrill said that in the interests of accountability and transparency, voters should always have access to campaign disclosures.