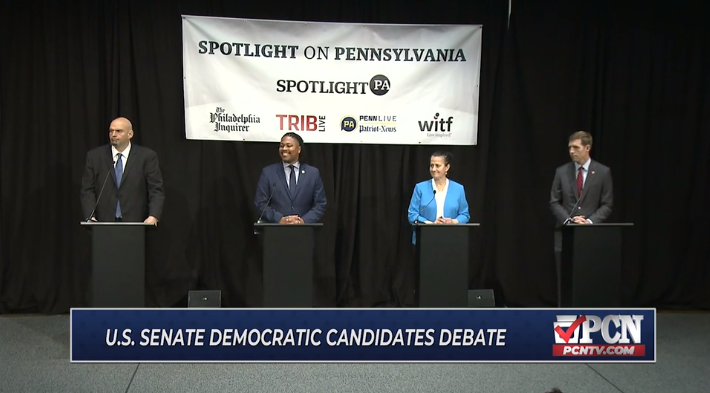 The Democratic candidate for the US Senate agrees on access to abortion; Divided over expansion of court, abolishing electoral college

The Democratic race for the U.S. Senate in Pennsylvania has seen a change in tone in recent weeks, with candidates trying to stand out as they seek party nominations.

They agreed not to want to defund the police and to eliminate the filibuster. Each candidate said that keeping Roe v. Wade – the landmark court ruling declaring abortion a constitutional right – would be a “litmus test” for any future nominee for the US Supreme Court. They all supported statehood for DC and Puerto Rico.

However, the candidates were not on the same page about government spending, expanding the court or scrapping the electoral college.

Here is where they are:

All of the candidates except Lamb said the Biden administration’s spending did not contribute to inflation.

“Every time we invest in workers, in real people, you hear about how unaffordable it is, how meaningless it is. You didn’t hear that when it was time to bail out the big banks,” Kenyatta said, promoting the child tax credit.

Khalil blamed so-called “price scammers” for driving up costs, and Fetterman said the US bailout invested in the middle class.

Expand the Supreme Court of the United States

Kenyatta and Khalil were the only candidates to support expanding the US Supreme Court.

“The Supreme Court has the lowest public confidence it has ever had,” Kenyatta said. “We have to fix this.”

Fetterman said Democrats shouldn’t “rig the rules just because we don’t like the outcome.”

Lamb described the issue as a “trap”. He said no one asked him to add another justice to the US Supreme Court.

“People are looking for a bit of stability and practicality in our priorities,” he said. “They want to know where are we really at the end of the day. Adding a justice to the Supreme Court is completely over their heads, and I think every moment that we’re not talking about people and what they’re going through right now is a wasted moment.

Abolition of the electoral college

Kenyatta was the only candidate to support the abolition of the Electoral College.

“The Electoral College serves no purpose other than to continue to cloud this idea that there should be one person in a vote,” he said, adding that it “erodes people’s confidence in our election. “.

Fetterman and Khalil cautioned against changing the rules to avoid unfavorable outcomes.

“You win elections. You lose the election,” Khalil said. “We can’t act like the last president and get upset and say, ‘Well, we’re going to change the Electoral College.

Fetterman added that the Democratic Party must be “logically consistent.”

“We have to make sure that we don’t change the structure of our government at a fundamental level,” Fetterman said.

Lamb noted that abolishing the Electoral College would require an amendment to the U.S. Constitution, which he said will not happen.

Report a correction by e-mail | Editorial standards and policies