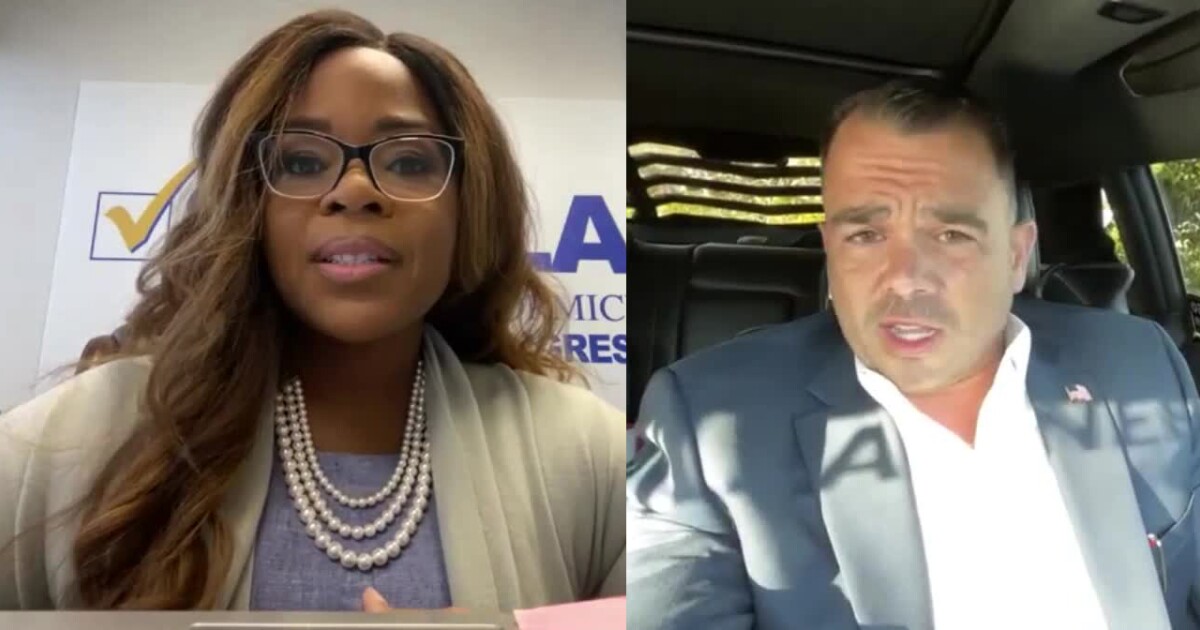 The candidates are vying for the seat of Congress left vacant since the death of U.S. Representative Alcee Hastings, D-Fla., Last year.

Hastings, who has served in the House since 1993, died of pancreatic cancer in April 2021.

Mariner said his No. 1 goal was to “bring prosperity back to District 20”.

“People want school choice, job protection, more industry in District 20, and they want better, safer, cleaner, drug-free streets,” Mariner told WPTV. “It is not a difficult task and it is not a lot to ask in America.”

Jason Mariner: “I don’t like the way this government is run”

A former drug addict and convict, Mariner regained his right to vote, co-founded a recovery center, and became the CEO of a company called AdSkinz.

Cherfilus-McCormick’s platform included his draft People’s Prosperity Plan, which would provide permanent economic stimulus checks of $ 1,000 to anyone 18 or older who earns less than $ 75,000 a year.

But Mariner said it was unrealistic.

“It’s going to add a trillion dollars a year to federal spending, it’s going to drive up inflation and it’s just not doable,” he told WPTV.

Cherfilus-McCormick, CEO of Trinity Health Care Services, told WPTV she will fight for economic and social justice in the district.

Sheila Cherfilus-McCormick: “We need a strong Democrat in Congress”

“We don’t see the same number of women-led businesses, small businesses, minority-owned businesses that have access to federal funding and grant opportunities,” she said.

The winner of the election will serve the remainder of Hastings’ term. He will have to be re-elected in November.