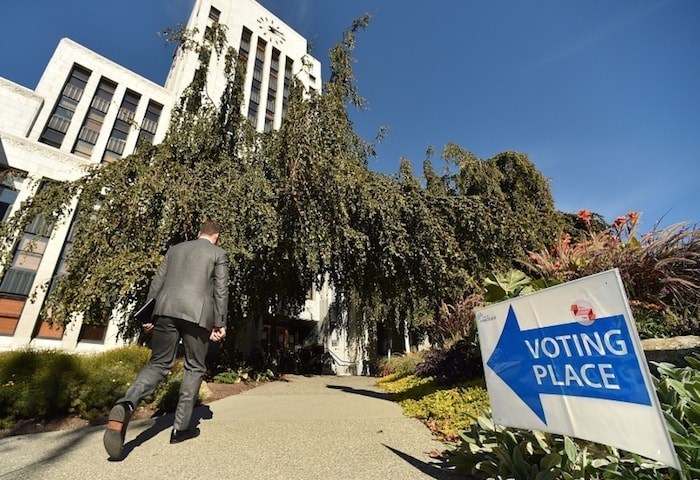 So you want to be a candidate in the Vancouver elections?

“Candidate 101” sessions begin April 5 for those interested in council, school board, park commission

So you want to become a candidate for the October municipal election?

My first thought: Did you lose a bet?

What I meant was good luck and hope you win.

That’s what you’ll likely hear from a panel of city government enthusiasts and employees knowledgeable about the sport you’re about to join when you attend a series of “Candidate 101 Sessions” hosted by the city.

The first will leave on April 5.

The star-studded cast you’ll better understand what you’re getting yourself into includes Rosemary Hagiwara, a longtime city worker and Chief Electoral Officer for the 2022 elections.

“The journey to becoming an elected official requires significant preparation, and we appreciate those who decide to take their commitment to Vancouver to the next level,” Hagiwara said in a news release Monday.

“We hope candidates will have positive experiences as we head into the fall elections, and these sessions will help that.”

Hagiwara will be joined by David Green, the school board’s chief financial officer, Cheryl Chan, park board relations manager, and Gerald Baier, professor and acting director of the UBC Center for the Study of Democratic Institutions.

Dr. Joy Masuhara and Trudi Goels of Women Transforming Cities are also on the list.

Sadly, no veteran town hall reporters, worn out by late-night meetings, endless points of order and the horror of amendment amendments, were asked to give insight into the decades spent in the cheap seats. .

Which is perfectly fine because I can do it here.

But I warn you that my point of view is selfish and centered on the city council.

At the same time, I hope my TED talk will be seen as instructive to those who aren’t already media-literate, new to their brand, or brushing up on their fancy words that mean nothing to the average person.

If you really care about Vancouver, you should have an informed, evidence-based view on affordable housing, the overdose crisis, climate change, transportation, public safety, and all things planning (plan at the scale of the city, plan of Broadway, for example) .

Name the leaders of the Musqueam, Squamish and Tsleil-Waututh nations. Not from Google. You should know something about the unceded territories that Vancouver sits on, its history and how parts of it are being transformed by First Nations development. And what do you know about the city’s commitment to reconciliation? Is it authentic?

Learn about the city’s budget, which is worth $1.7 billion this year. Each December, the council spends several days deciding how to balance the competing interests of core services and new initiatives. If you are elected in October, it will be one of the first big things on your plate.

If elected, engage in lively debate. represent something. Be passionate. Surprise us veteran scribes by not voting with your political party. Do not present motions that have nothing to do with the city. Don’t use words that most people don’t understand. Do not interrupt the person leading the meeting. Don’t say you’ll be brief in your comments and then gossip for five minutes.

If you are elected, do not complain about your workload. The job description and its long hours should come as no surprise. Don’t complain about your base salary of $91,878. At one point, the city’s website indicated that a councilor’s salary mirrored that of an average Vancouverite. This statement has since been removed.

Listen to people outside your circle during the campaign and continue to do so if elected. This includes all communities. Talk to people who use drugs. People who don’t have a home. Police officers. Businessmen. Don’t base your opinions on opinions. Understand the limits of municipal government.

Don’t think you know more than the municipal staff.

A laugh or two is encouraged to offset the current heaviness of the world.

Better not to avoid the media during or after a successful campaign. It is best to provide journalists with various contact information options for an immediate response. It is best to call journalists back the day they contact you. Scoops are always welcome.

If my list didn’t scare you away and you want to attend one of the municipal sessions, head over to the website and register at Vancouver.ca/election-candidates. If you can’t attend, the city plans to record the sessions and post them on its website.

Official nomination packages will be available in June.

The nomination period for candidates will run from August 30 to September 9.

Vancouver’s 10 incumbent councilors and Mayor Kennedy Stewart are all up for re-election. The term is four years. Election day on Saturday, October 15.