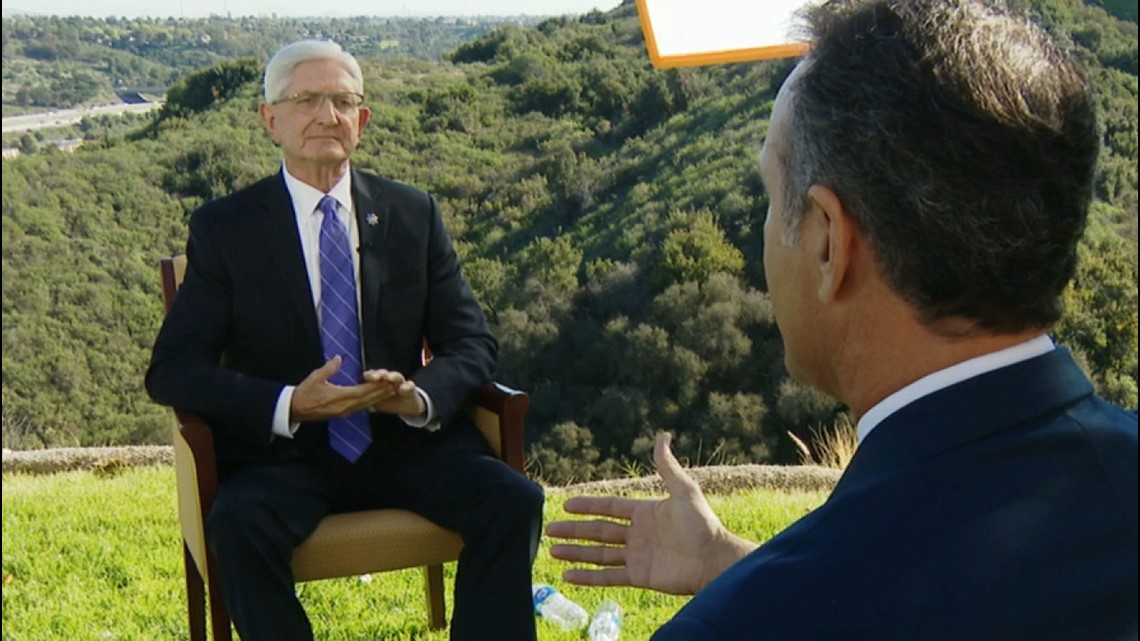 The San Diego County Board of Supervisors is expected to appoint a non-candidate in March to complete Gore’s term.

SAN DIEGO — San Diego County Sheriff Bill Gore, 74, has announced he will retire early from his longtime job. In March, the San Diego County Board of Supervisors is expected to name Gore’s interim replacement. The candidates to replace Sheriff Gore are already lined up for the primary elections in June.

The big question for Sheriff Gore: Why is he retiring 10 months before the end of his current term? Gore told CBS 8 that his wife was sick and needed his support.

Sheriff Gore has endorsed his number two in command, Deputy Kelly Martinez, as a candidate for his replacement. Martinez has worked in the sheriff’s department for more than three decades.

“I know everyone in the organization. I really understand what it’s like to drive a county patrol car in the middle of the night. I worked on the rhythm. I worked investigations in our department. I know every aspect of what we do,” Martinez said.

Critics said Martinez was too close to Sheriff Gore. They point to a high death rate in county jails and data showing racial profiling by deputies.

“We need more mental health clinicians in prison to identify people in mental health crisis,” Martinez said. “You know, if a community doesn’t feel safe around deputy sheriffs, we need to fix that.”

Another candidate, former Sheriff Commander Dave Myers, ran against Bill Gore in 2018. He is one of Gore’s top critics.

“He is literally bailing out 10 months, 11 months from the end of his last term at a time when the community is looking for leadership,” Myers said.

If you’re looking for the status quo in the sheriff’s department, look elsewhere, Myers said.

“If people think radical change and honest policing is wrong, then I’m not that person. What I bring is transparency and accountability,” Myers said.

Candidate John Hemmerling is the lead prosecutor for the San Diego City Attorney’s Criminal Division. He is also a former US Marine and a former SDPD officer.

“My last time in Iraq, I commanded a battalion. I ran several prisons while I was in Iraq. I was a leader in the police department. I’ve been a leader in my work as a prosecutor,” Hemmerling said.

He said he was a supporter of Bill Gore, but Hemmerling wants to study and tackle the high death rate in local jails.

“I think the number one priority that I’m going to look at when I first get there is to look at prisons,” Hemmerling said.

Sheriff Bill Gore is retiring weeks before the release of a state audit exploring inmate deaths in San Diego County jails. Gore told CBS 8 that the pending audit had nothing to do with his retirement.

None of the sheriff candidates have said they want to be appointed as acting sheriff by the County Board of Supervisors. And that also seems to be the sentiment of the board.

Supervisors are expected to appoint a non-candidate for sheriff in March, to serve out the remainder of Gore’s term.

Voters will head to the polls in the June 2022 primary election to determine which two sheriff candidates will run in the November 2022 election.