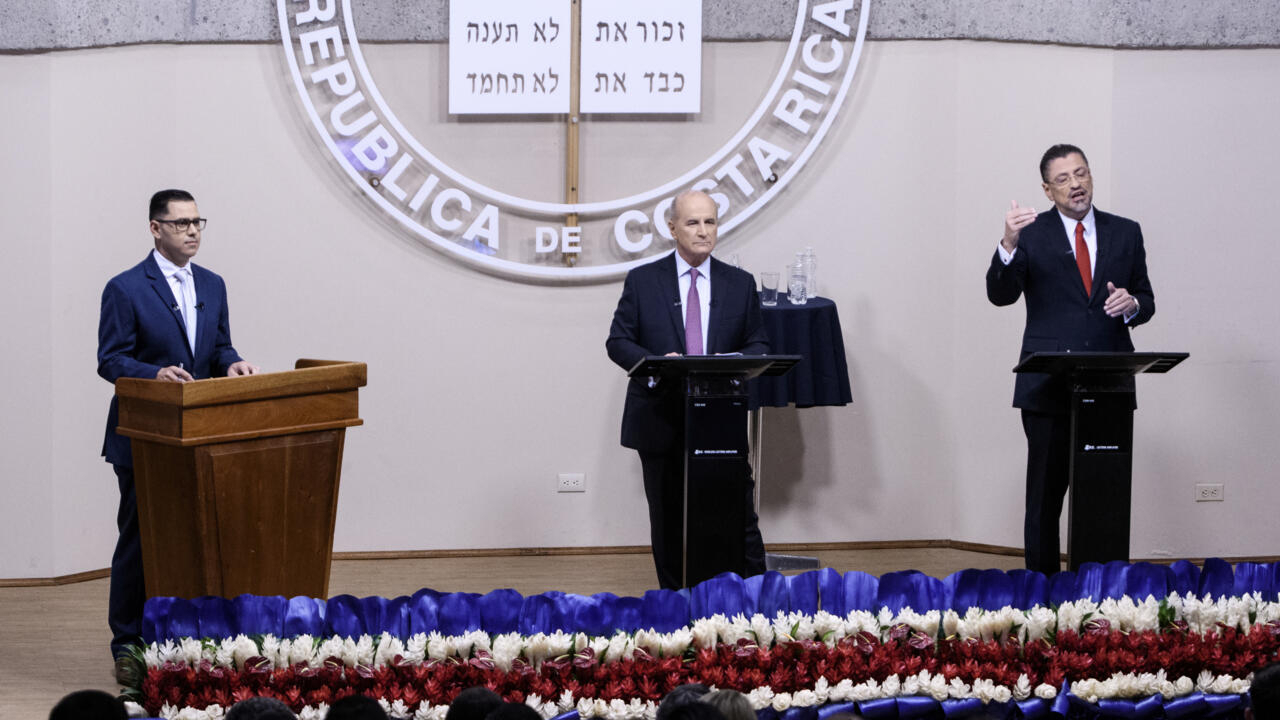 San Jose (AFP) – Costa Ricans head to the polls on Sunday to elect a new president, facing a choice between a candidate once investigated for corruption and another once demoted over sexual harassment allegations.

The campaign focused on how hopefuls would solve Costa Rica’s central problems: an external debt that represents 70% of GDP, high levels of poverty – at 23% – and unemployment – at 14% – and corruption scandals in public opinion. sector.

Chaves was a surprise qualifier for Sunday’s second round, having finished fourth heading into the February first round.

He was the favorite in the latest opinion polls, with almost 42% support, compared to 38% for Figueres, whose father José Figueres was also president.

But about 18% of people say they are undecided, which makes this election so difficult to call.

“It’s very difficult to determine what Figueres or Chaves want to do,” said economist and analyst Daniel Suchar.

Suchar said the country often faces the same problem, with voters focusing on candidates — and their weaknesses — rather than their policies.

“Lifting economy is the priority”

Costa Rica has been described as the “happiest” country in Latin America, but its vital tourism industry has been hit hard by the coronavirus pandemic.

Along with Peru, it suffered the biggest decline in employment figures in the region between 2019 and 2020, a drop of 14%.

“At the socio-economic level, the country has deteriorated radically, even before the pandemic with structural unemployment and the fragile situation of public finances,” said Alejandro Molina, analyst at the National Policy Observatory of the University of Costa Rica.

Tourism is one of the main drivers of the local economy and Costa Rica is a world leader in environmental protection, making it a key destination for ecotourism.

“The priority right now is to revive and reactivate the economy (…) and create job opportunities for the large number of unemployed,” 35-year-old auditor Andres Fonseca told AFP. in the capital San José.

Whoever wins the elections will face the challenge of governing without a parliamentary majority and will therefore have to work with the opposition parties to push through any policy.

Both men reached this final stage of the election despite the specter of past scandals.

Chaves, who spent six months as finance minister in the outgoing government, was investigated over complaints of sexual harassment made by several women while he was a senior official at the World Bank.

He was demoted, but not fired, and called his behavior “jokes” that were “misinterpreted due to cultural differences”.

For some of his supporters, Chaves’ story has nothing to do with the Costa Rican election.

“I hope he brings salvation…Those who criticize him are not in the economic situation that most of the population find themselves in,” said Rolando Gutierrez, a supporter.

“The ones who lose the most are us women… He was the victim of his punishment and that generated empathy, although mainly among men given that harassment in Costa Rica is a daily phenomenon. “

Chaves, an economist who worked for 30 years at the World Bank, campaigned on corruption reform, promising to “clean the house”.

“They don’t represent us”

Figueres, president from 1994 to 1999, was investigated for allegedly taking some $900,000 from French engineering firm Alcatel, which admitted bribing officials.

The ex-president, who was working abroad at the time as executive director of the World Economic Forum (WEF), declined to testify in the case in 2004 and did not return to Costa Rica until 2011 when the survey expired.

His father is the one who abolished the Costa Rican military as president in 1948.

Figueres focused on his campaign experience and criticized his opponent’s lack of experience.

“I will vote for Figueres because Costa Rica needs change,” said one of his supporters, Karla Zuniga.

“The economy has been destroyed and there is no clear decision-making.”

Figueres represents the centrist National Liberation Party (PLN), which won nine out of 15 elections between 1953 and 2010.

But at least part of the electorate is not impressed by the choice offered.

“None of them represent us,” said Rocio Jimenez, a member of the Women to the Fore collective.

“They represent the whole patriarchal structure and none of them will stand up for women’s rights.”

Some 3.5 million of Costa Rica’s five million people are eligible to vote.

No. 10 on Tampa Bay’s Most Powerful Politicians List: Danny Burgess