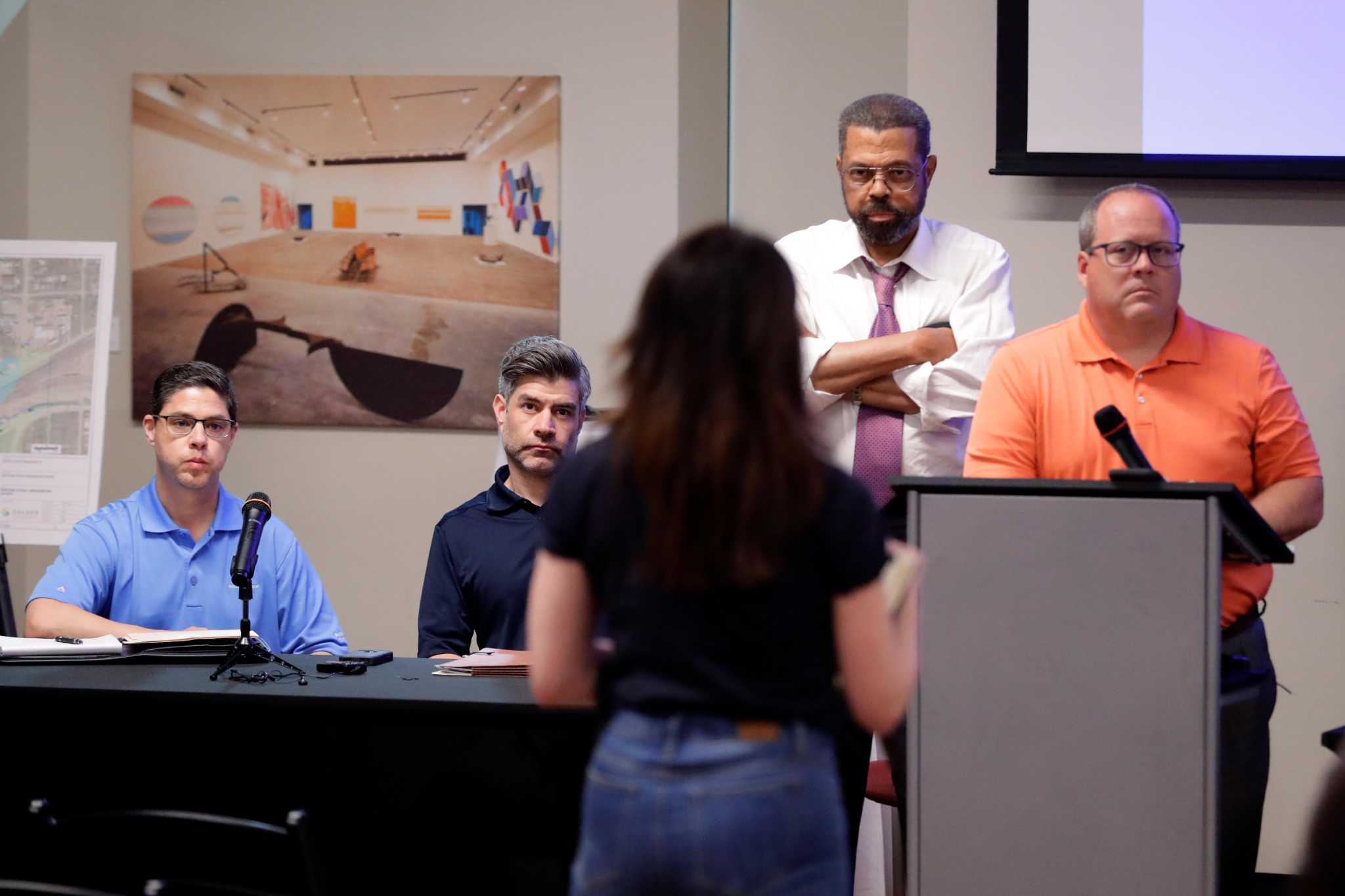 Politicians have said they will fight to clean up the rail yard in the Fifth Ward. They also took the rail PAC money.

Three politicians stood before residents of Fifth Ward and Kashmere Gardens and promised to help persuade Union Pacific to do more to clean up longstanding toxic contamination in their neighborhoods.

What they didn’t say: They also accepted campaign money from the Union Pacific Political Action Committee.

The Union Pacific Corp fund. for Effective Government has paid $15,500 to Sen. Carol Alvarado, $9,500 to Sen. Borris Miles and $6,500 to Mayor Sylvester Turner in recent years, according to Federal Election Commission records. All three are Democrats, although the PAC has donated to a range of other elected officials from both parties.

On HoustonChronicle.com: Decades later, dangerous sludge continues to leak into Fifth Ward. Will a state meeting bring about changes?

Probably carcinogenic creosote remains in the soil and groundwater beneath the rail yard that Union Pacific has in the historically black community. The tar-like substance was used to treat wood used as railroad ties. The company insists residents are not at risk; for years residents argued otherwise.

According to federal regulators, dangerous sludge is still seeping through pavement cracks that cover some of the contamination. Regulators say the basement hazmat disposal system also doesn’t appear to have been very effective.

State researchers, meanwhile, have identified higher rates of certain types of cancer than they would typically expect in the region; however, they didn’t link neighborhood cancer clusters to a cause.

Texas environmental officials are working with the company to develop a contamination control plan. Union Pacific proposed to build an underground wall to contain groundwater and to raise contaminants with wells. This proposal has sparked outrage from residents and politicians who say it is insufficient.

On HoustonChronicle.com:
Other Houstonians would not be asked to tolerate contamination. Residents Ask: Why the Fifth Ward?

Alvarado, Miles and Turner have all been outspoken in their support for local residents and say they are right to push for an environmental remedy. At a community meeting in a school cafeteria in April, Alvarado told those gathered that she was on their side. Miles hosted a big meeting earlier this month at a community theater packed with state regulators and corporate officials where he urged them to address community concerns. He called the residents “family”.

The mayor also spoke passionately at the theatrical reunion this month, saying: “We need to do more, not just more of the same thing.”

In response to questions from the Chronicle about donations, Alvarado said in a statement that she has never let contributions “get in the way” of serving her district. She said the interests of her constituents are her priority.

Miles said in a separate statement that he plans to use the funds to pay for a bus to take residents to testify in Austin, where the Texas Commission on Environmental Quality comes under regular scrutiny from from legislators. He said he was and always will be committed to his constituents.

Turner’s spokeswoman, Mary Benton, wrote in an email that Turner’s past actions demonstrate her commitment to supporting and fighting for residents near the rail yard.

“Companies are free to donate to whomever they choose, but it is clear from the record that Mayor Turner has aggressively defended the residents of Fifth Ward and Kashmir Gardens and will continue to do so,” Benton wrote.

But learning that all three were accepting contributions from the company hurt community activist Sandra Edwards, she said. She felt she couldn’t trust them. Why wouldn’t they proactively let the community know when the money was accepted?

“When are they going to stop playing with our lives and treat us like Raggedy Ann dolls, and start treating us like humans?” asked Edwards, who lives down the street from the train yard. “We put them in power and all they do is turn their backs on us.”