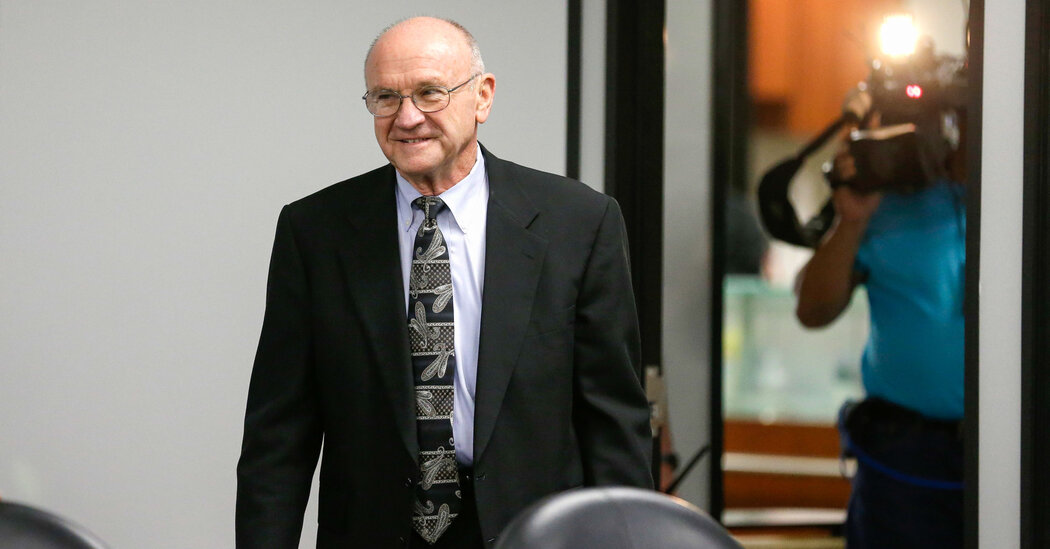 WASHINGTON — The Supreme Court ruled unanimously Thursday that elected bodies do not violate the First Amendment when they censure their members.

The case involved David Wilson, a former elected trustee of the Houston Community College System and a vocal critic of its work. In addition to voicing his concerns in interviews and on a website, Mr. Wilson sued the system’s board, orchestrated robocalls and hired private investigators to determine whether another administrator had lied about his whereabouts. of residence.

He was, wrote a federal appeals court judge in a dissenta “gadfly legislator”.

In 2018, the other members of Mr. Wilson’s board issued a formal verbal rebuke to him in a no-confidence resolution. “The board believes that Mr. Wilson’s conduct was not only improper, but reprehensible, and such conduct warrants disciplinary action,” its resolution said.

He sued, claiming the punishment violated the First Amendment by getting revenge on him for things he said.

“In this country,” he wrote, “we expect elected officials to endure some degree of criticism about their public service from their constituents and peers – and to continue to exercise their right to free speech when criticism comes in.”

The council has also taken more concrete action against Mr. Wilson, such as making him ineligible for work-related travel reimbursement. But those punishments were not before the court, Judge Gorsuch wrote.

“The only adverse action at issue before us is itself a form of speech by Mr. Wilson’s colleagues which relates to the conduct of the public service,” Judge Gorsuch wrote. “The First Amendment surely promises an elected official like Mr. Wilson the right to speak freely on matters of government policy. But just as surely, it cannot be used as a weapon to silence other representatives who seek to do the same.

“The elected bodies of this country have long wielded the power to censure their members,” he wrote. “In fact, no one before us has cited evidence to suggest that purely verbal censorship analogous to Mr. Wilson’s was ever widely considered offensive to the First Amendment.”

The Supreme Court overturned a unanimous decision by a three-judge panel of the United States Court of Appeals for the Fifth Circuit in New Orleans that had allowed the case to continuejudging that punishing an elected official for his speech can go against the Constitution.

Full Deadlocked Fifth Circuit on whether to rehear the matter, by a vote of 8 to 8. Disagreeing with the decision to refuse further consideration, Judge Edith H. Jones said the panel’s First Amendment analysis was retrograde. Council censorship was itself speech worthy of protection, she wrote, especially in a polarized time.

“Given the growing discord within society and government bodies, the attempts of each side in these disputes to gain advantage over the other, and the ready availability of weapons of mass communication with which each side may tar the other, the panel’s decision is the harbinger of future prosecutions,” Justice Jones wrote. “It weaponizes any gadfly in a legislative body.”

“Serving in office in America is not for the faint of heart,” he wrote. “With leadership comes criticism – whether it comes from citizens of public spirit or personal malice, from colleagues with conflicting visions or competing ambitions, or from all of the above.”