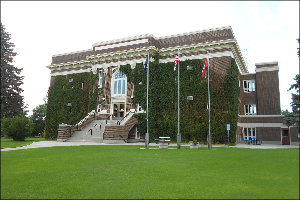 For the post of mayor of Malta, incumbent John Demarais was the only candidate to file.

For a seat representing Ward 2 in Malta, incumbent Bonnie Wiederrick was the only candidate to file.

For the town of Dodson, Angel Arocha and Glenn Dolphay will compete for mayor. Arocha served as mayor of Dodson after being appointed following Terri Cole’s resignation.

There will be three candidates on the ballot to compete for two spots on the Dodson Council: Skip Cole, Francine Stiffarm and Ava Welch.

For the town of Saco, LA “Mac” McIntosh and Wayne Woodall are running for mayor.

Since there are fewer candidates than there are open seats on the Saco Council, the city will appoint someone to fill the other seat if there are no declared registrations.

Although the nomination deadline has passed, people can still participate in the races as a declared entry until August 30.

All races are non-partisan.

There is unlikely to be a primary for the election due to the limited number of candidates.

General elections are scheduled for November 2.