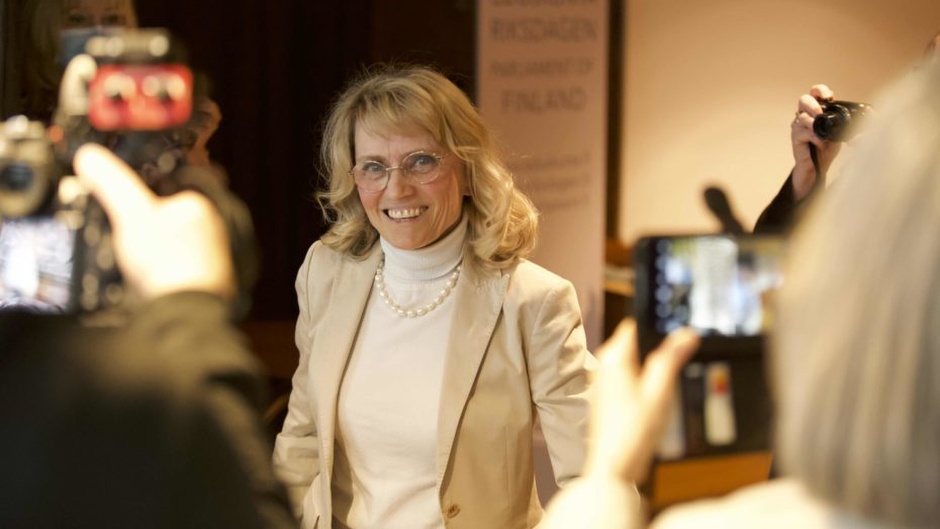 A Finnish court has dismissed all hate speech charges against an MP as well as a pastor from that country after the MP used the scriptures to denounce homosexuality. However, the district attorney suggests they will likely appeal the decision.

CBN reports that “Prosecutors accused Räsänen of committing hate speech three times: in a biblical marriage pamphlet published nearly 20 years ago, in a broadcast interview, and in a 2019 tweet in which she asked why the State Lutheran Church was officially supporting Finland’s Gay Pride week.”

“In my tweet, I directly quoted the first chapter of Romans and verses 24-27 and posted the image of the Bible passages,” Räsänen told CBN News in a 2019 interview.

Comments may have offended gay people but did not incite hatred: court

According to the district court, some of Räsänen’s statements were offensive to homosexuals. This included, among other things, the idea expressed by Räsänen on the radio show that God did not create man originally as homosexual but as heterosexual.

However, according to the District Court, the Christian politician did not overstep the bounds of freedom of expression or insult homosexuals as a group on the basis of sexual orientation within the meaning of Chapter 11, Section 10 of the Finnish Penal Code. Räsänen’s words were not considered likely to arouse contempt, intolerance or hatred towards homosexuals. The district court also found that she did not intend to degrade or insult.

The conviction is not final and can be appealed to the Court of Appeal or the Supreme Court through a preliminary appeal.

Räsänen: “The decision I was waiting for”

Räsänen held a press conference shortly after the decision, where she said she was relieved, happy and grateful to God and everyone who had supported her.

“I am relieved, happy and grateful to God and to all the people who supported me. The decision corresponded to what I expected. I very much appreciate that the decision recognizes the importance of freedom of expression and freedom of religion. I’m glad the decision seems to be very thorough and inclusive. It draws heavily on the freedom of expression principles of the European Court of Human Rights and carefully echoes what I said,” Räsänen said.

The court’s decision came at 1 p.m. on March 30. Among other things, the decision stated that “it is not for the district court to interpret biblical concepts.” Räsänen had been informed of the verdict moments earlier. The press conference began at 1:15 p.m. By then, she hadn’t had time to read the decision in its entirety.

International follow-up of the case

Räsänen said the case had been followed by many other countries, but added that no one in Finland had actively promoted this level of international interest in the case.

“Why was there so much international interest?” she asked. “Because they understand that if challenging free speech can happen in the good Finland, which was ranked third in the international free speech ranking, why not in any other country.”

Although the process took three years and was difficult for her in many ways, Räsänen said she was also thrilled with the opportunities the case gave her to present the teachings of the Bible and the Gospel. “This applies not only to Christians, but also to everyone’s right to express their beliefs.”

Efforts to promote self-censorship in the expression of religious views

The Christian Democrat House Leader and committed believer also pointed out that there were several allegations in the Attorney General’s summons that she hadn’t said. This, she said, was also taken into account by the judges.

“What worries me is that this process, which lasted almost three years, tended to notarrow religious freedom and provoke self-censorship”.

The prosecutor, Anu Mantila, had said during the hearing that Räsänen was free to think as she wished, but expressing certain ideas could be a criminal offence.

“I remembered a similar situation when, as Minister of Religious Affairs, I was told that freedom of religion also works in China: there too you can think freely,” Räsänen commented.

“Under the Freedom of Religion Act, everyone is free to express their beliefs in private and in public. I hope the prosecutor will be satisfied with this decision. I am of course, ready to defend freedom of expression and religion before all courts, even before the European Court of Human Rights. But I hope it will end there. »

“I stand by my words”

Media representatives asked Päivi Räsänen if she would think more carefully in the future about the words she used when talking about homosexuality.

“I have carefully gone through my speeches, I have listened to them several times. I always stand by my words. I will express my point of view in exactly the same way. My own point of view has not changed,” Räsänen replied. .

Although the district court’s decision was an acquittal, it states that certain passages in Räsänen’s booklet on marriage can be considered offensive to homosexuals. “I understand that when freedom of speech is exercised and people disagree on issues, feelings of offense can arise. Yes, I myself have found many opinions expressed in public offensive,” the parliamentarian said.

Freedom of Speech and Biblical Disagreement

Räsänen continued: “I know some homosexuals. I respect them, they are people as worthy as me. I want to respect them in every way possible. But I think the Bible’s teaching on sin offends all of us sinners.

“I think it’s part of free speech that we disagree and things can be perceived as offensive. On the other hand, the judgment indicates that I did not intend to It is obvious that I did not say anything with the intention of insulting.

Räsänen was also asked if there was a line where the offense crossed the boundaries of what is allowed. “The court found that what I said was not illegal. But of course, anything can be misused. For example, one could take something from the Bible to threaten others.

Uusi tie requested an interview with State Attorney Anu Mantila, but she refused, citing her intention to carefully study the verdict. Mantila commented to the Finnish national broadcaster yle that “in all likelihood, a new hearing will be requested from the Court of Appeal”.

This story originally appeared to Evangelical Focus and is republished here with permission. The first three paragraphs have been added for context and clarity.