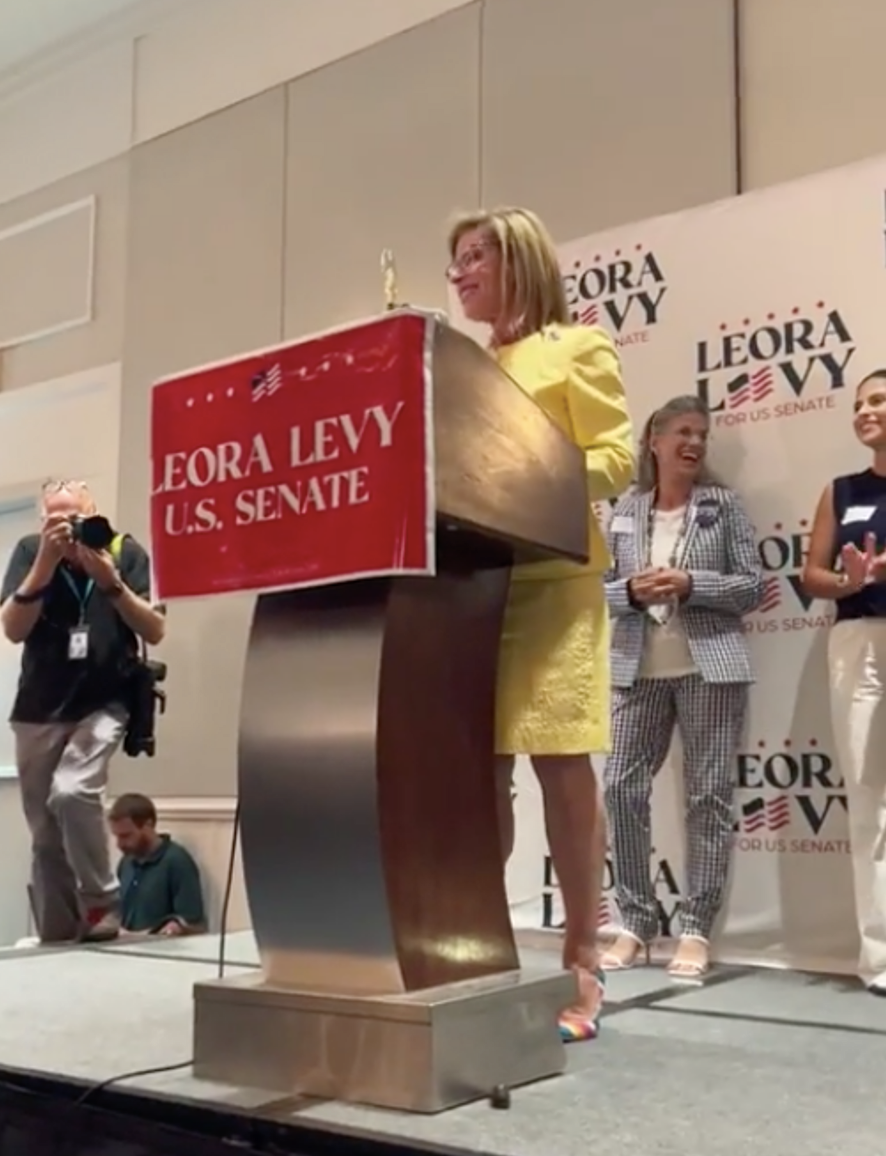 On the trail: Trump looms large in surprise Senate race, endorsed nominees for secretary of state and treasurer head to victory

Nomination races for secretary of state and treasurer were far less dramatic, as endorsed candidates from both parties moved comfortably into November’s general election.

And although no official figures are available, voter turnout appeared light and is expected to be around the 15-20% mark predicted by party officials – or around 100,000 voters from each party.

“Dick Blumenthal has been in the job for over 40 years. He played a major role in creating all the problems and challenges facing our country today and he was a rubber stamp for Joe Biden’s failed policies. Here in Connecticut, Dick Blumenthal IS Joe Biden.

– Part of Levy’s acceptance speech, where she repeatedly thanked Trump “for having my back – and I always will have his” after defeating the longtime former state representative and self-proclaimed moderate social Klarides from 51 to 40%.

“They put their blood and sweat and tears into this race because they thought we had a path to improve Connecticut, to give a representation of Connecticut that it lost so hard with Dick Blumenthal in power. I will always fight for what I believe in, I will always stand up for what is true.

– Part of Klarides’ remarks paying tribute to his supporters after the vote.

“This is a huge win for President Trump in our state. The target remains Blumenthal and failed Liberal policies. Clearly, the President’s endorsement has changed the political landscape of our state.“

— Statement by Peter Lumaj, the third candidate in the race, who obtained approximately 9% of the vote.

“The days of responsible Republicans in Connecticut are long gone – with Levy and Stefanowski leading the way, Trumpism has hijacked the Connecticut Republican Party, and November voters’ choice couldn’t be clearer – four years of anti-choice, pro-NRA, budget recklessness or four more years of responsible budget leadership, tax cuts built to last, and protection of women’s rights.

“I am grateful and honored to have been chosen by Connecticut Democrats as their nominee for Secretary of State, and look forward to moving on from the deliberate misinformation and stories of election deniers. I believe we need to focus on the very real threat to our voting rights and our democracy.The challenges are unprecedented, and how we meet them will depend on who is elected this fall.

“Political insiders like Stephanie Thomas won’t solve these problems – she claims that they don’t even exist. Clearly, she is a fraud denier. Connecticut needs Republican leadership and Republican values ​​more than ever, and I am committed to bringing those ideas to the statewide ticket in November. It’s the start of a red wave in Connecticut!

– Statement by Dominic Rapini, the Republican endorsed nominee for Secretary of State and a strong proponent of widespread fraud in the 2020 presidential election, after beating State Rep. Terrie Wood 58-41% .

“This November, let’s send a resounding and undeniable message about what Connecticut stands for. Let’s talk to every voter and make a very clear choice. Let us score decisive victories that protect our rights and our values. Let’s make history.

— Winner of post-vote remarks from candidate Erick Russell, the Democratic state treasurer, after securing the nomination with 57% of the vote against Dita Bhargava with 22% and Karen DuBois-Walton, who garnered 19%.

Russell will face Republican-endorsed nominee Harry Arora, who went unchallenged in the primary.

“We can do it in November. The people of Connecticut deserve better representatives, and I’ll do it for you.

— Statement from Republican Jayme Stevenson, who will face incumbent Democrat Jim Himes for the 4e Seat of the U.S. Representative from the Congressional District, after beating Michael Goldstein 60-39%.

After Primary Elections Are Over, Candidates Plan Their Next Moves – Brainerd Dispatch