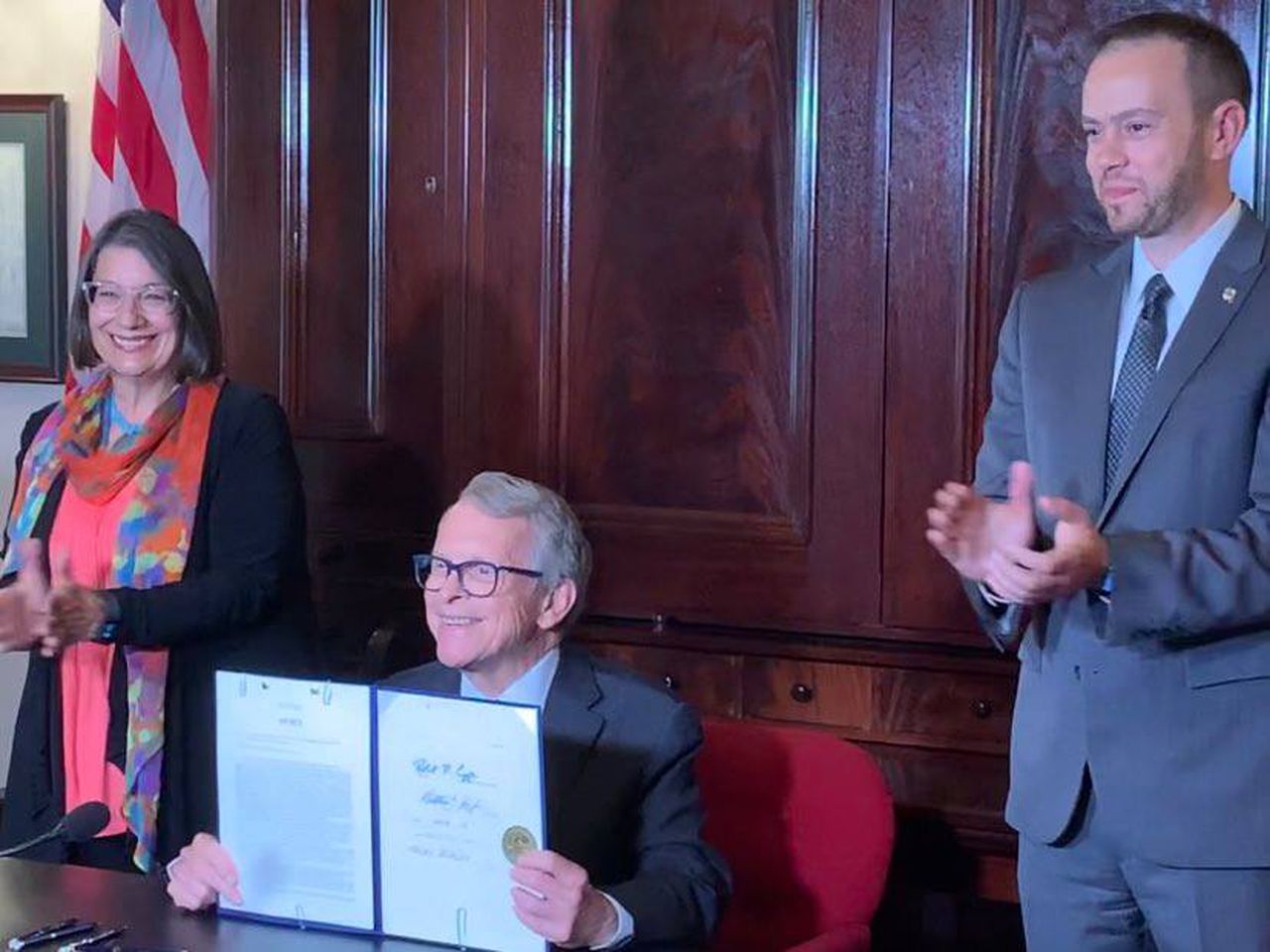 Home option? Legislation allowing Ohio politicians accused of corruption to elect to stand trial in their home county instead of Columbus on Tuesday authorized an Ohio House panel. As Jeremy Pelzer reports, the GOP-backed Bill 286 – now potentially heading for a House vote – comes after a Democrat was elected Franklin County prosecutor for the first time since the 1950s. .

Let’s be ready to scold: We can confirm a recent altercation at Lindey’s in Columbus that occurred earlier this month between Seitz and State Representative Jon Cross. During the brawl, Seitz aggressively confronted Cross over Cross’s plans to ultimately vote to expel Larry Householder from the state legislature. Cross confirmed altercation with Toledo Blade’s Jim Provance, while Seitz said, “We had a lively exchange of words, and that’s all I’m going to say about it.”

Not immune to criticism: The Ohio House health committee does not have enough voice to push forward the controversial vaccine “discrimination” bill that would ban companies from requiring their employees to be vaccinated, reports Laura Hancock. The bill’s sponsor, Rep. Jennifer Gross, spent 25 minutes with Ohio President Bob Cupp discussing the measure on Tuesday, and she now plans to introduce amendments to make it accessible to her colleagues.

Spread the love: The House finance committee amended a bill that allocates millions of federal stimulus money to add townships to the list of local governments eligible to receive the funds. As Robin Goist reports, the wording of the US bailout did not make it clear whether the townships of Ohio could be excluded.

Vendor Market: Ohio’s May real estate sales are up 20% from the same month last year, a sign that the state’s real estate market may remain competitive as the recovery from the coronavirus pandemic continues. As Eric Heisig writes, 14,130 homes sold in May, an increase of 19.8% over the same month in 2020. Home sales are also up from the 12,986 sold in April, according to the figures. published Tuesday by the Ohio REALTORS trade association.

Recess time: The legislative conference committee preparing a final state budget met Tuesday morning to adjourn immediately. Representative Scott Oelslager, chairman of the committee, said “the House and Senate have continued positive negotiations and are making progress on the operating budget.” No further meeting of the conference committee is scheduled. Lawmakers must approve a budget before the legal deadline of June 30.

Change of schedule? New legislation of the Dayton-area Republican state, Senator Stephen Huffman would designate January 22 as Ohio’s “day of tears.” It is the anniversary of the 1973 United States Supreme Court decision in Roe v. Wade that abortion is constitutional. The designation would not create an official holiday, although Ohioans are encouraged to lower their flags to half the staff. It would also be repealed if Roe v. Wade is canceled. Louisiana, Arkansas, Mississippi and Alabama have already adopted similar measures, which are being encouraged to by Day of Tears, Inc., a national anti-abortion group.

Prepare: Republican author / entrepreneur JD Vance takes care of his campaign in the US Senate. Jordan Wiggins, former deputy campaign manager to Florida Governor Ron DeSantis, will serve as campaign manager. Brian Gray, a former Ohio House aide, will be the political director of the Vance campaign. Vance has not officially declared but is expected to do so soon.

They deal: Bernie Moreno’s campaign in the US Senate released a statement on Tuesday touting the endorsements of 14 car dealerships. Moreno, a first-time contender, is himself a long-time car dealer who has recently sold most of his businesses. We wonder if the $ 5,800 donation that each dealer said they made to the Moreno campaign came with a free wax coating.

Drug phrases: Federal conviction gaps between crack and powder cocaine offenses would be eliminated under the law backed by U.S. Senator Rob Portman and U.S. Representative Dave Joyce, both Ohio Republicans, which President Joe Biden’s administration approved on Tuesday, Sabrina Eaton reports. A spokesperson for Portman said he “welcomes the support of the Biden administration as Republicans and Democrats in Congress seek to end the disparities in cocaine sentences in this country.” Joyce, a former Geauga County district attorney, is the only Ohioan among the bill’s 32 co-sponsors in the United States House of Representatives.

DC State: Portman said Tuesday he had “practical and constitutional concerns” about making Washington, DC a state at a hearing Tuesday of the Senate Committee on Homeland Security and Government Affairs, where he argued that Congress did not have the power under the Constitution to transform the seat of government into a new state. He suggested that much of the district could be absorbed into Maryland if its residents want electoral representation in both houses of Congress. “Today’s polls would show that the American people are still not interested in eliminating their Capital District,” Portman said.

Technical overload: Even though they are not Big Tech fans, Champaign County GOP Representative Jim Jordan and former White House Chief of Staff Mark Meadows on Tuesday urged caution in the face of an effort democratic legislature who they said in a Fox News opinion piece “would give the Biden administration the power to command and control Big Tech with an unchecked iron fist.” While declaring that “Big Tech is trying to get Tories,” they said the Democratic proposals were “a takeover of our economy by the awakened elites and the leaders of the so-called Hipster antitrust movement.”

Five things we learned from Financial information of May 21, 2021 from State Representative Scott Lipps, a Republican from Warren County:

1. He works for HomeCare Mattress, a company he co-owns.

2. Lipps is also the president of a company called Lipps, Inc.

“And while I’m not in a position to talk about a lot of these interesting things, one thing I can talk about is how strongly Householder believed he would find a way out of trouble and return to power, regardless. of what was going on around him. “

-Craig Calcaterra, in a Tuesday column for Columbus Alive, describing his work as an attorney for Larry Householder during an FBI investigation in 2004-2006 that led Householder to step down from his post for the first time.

Capitol Letter is a daily briefing providing succinct and timely information to those who care deeply about decisions made by the state government. If you are not already subscribed, you can subscribe here to receive Capitol Letter free of charge in your inbox every day of the week.