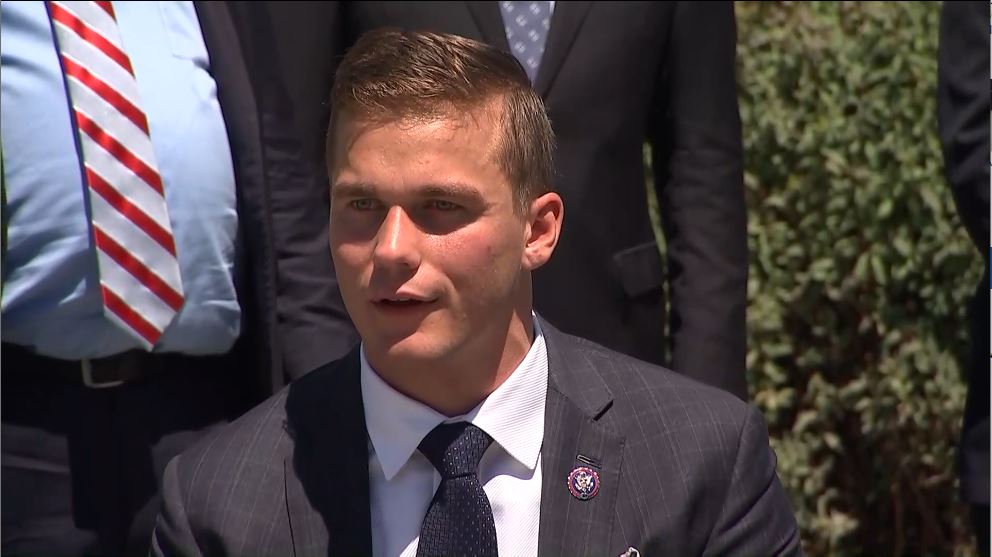 HENDERSON COUNTY, NC (QUEEN CITY NEWS) – A North Carolina congressman has paid a tax bill of more than $3,000 after Queen City News began asking about the status of his overdue payments .

Rep. Madison Cawthorn, who represents North Carolina’s 11th congressional district, had a tax bill for $3,037.58 as of early Friday with the Henderson County Tax Assessor’s Office. The bill, listed as due September 1, 2021, was listed as “delinquent” with accrued interest from January 6, 2022.

Screenshots of the bill, which were publicly available online, had made their way onto various social media sites, including Reddit and Twitter, and added to the scrutiny the controversial congressman has received. received since his election to the position.

“He made himself an object that people are going to look for something on,” said political science professor Susan Roberts of Davidson College. “Another little thing unraveling. While it doesn’t hurt Madison Cawthorn as an individual, it does hurt the institution.

Roberts spoke with Queen City News about the overdue bill payment. She said that from an objective point of view, it goes to a broader point of representatives who must set an example for their constituents.

Other political scientists agreed, although they noted that it could be used more for political purposes than something the public would care about.

“In the context of an election, if it’s someone they like and are okay with, they’re more willing to forgive personal things in order to have someone they like for other reasons,” said Eric Heberlig, professor of political science at UNC Charlotte.

Cawthorn has expressed interest in filing for the newly redesigned 13th congressional district. If this map eventually comes to fruition, it would cover a significant portion of the Charlotte area, including parts of Mecklenburg County.

Queen City News contacted the Mecklenburg County GOP about the issue, but had no comment.

“Our civil servants, our police officers and our firefighters, are funded by local property taxes,” Mecklenburg County Democratic Party Chairwoman Jane Whitley said. “As citizens, we all have an obligation to pay our taxes on time.”

On Friday morning, Queen City News contacted Cawthorn’s communications team about the overdue invoice. Just before Friday afternoon they responded saying the bill had been paid.

According to the Henderson County Tax Collector’s Office, the bill was paid at 3:47 p.m. Friday.

Election Deniers Are Running for Secretary of State Nationwide