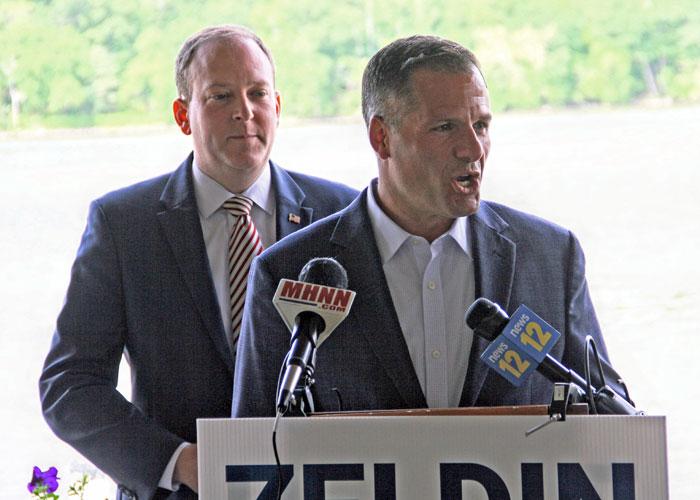 Dutchess County Executive Marc Molinaro applied for the seat of New York’s 19th Congressional District in the United States House of Representatives in 2022.

Molinaro, a Republican who lives in the town of Red Hook, filed a “declaration of candidacy” with the Federal Election Commission on Friday. He did not immediately release a statement on the running.

Molinaro, 45, is in the middle of his third four-year term as Dutchess County executive. Previously he was a member of the State Assembly, Dutchess County Legislator and, at the age of 19, Mayor of the village of Tivoli in Dutchess County.

In 2018, he ran unsuccessfully against New York Governor Andrew Cuomo. Last May, before Cuomo stepped down amid a sexual harassment scandal, Molinaro announced that he would no longer seek the top position in the state, and he endorsed the Republican representative for the north. State Lee Zeldin for the post.

The seat of New York’s 19th Congressional District is currently held by Rhinebeck Democrat Antonio Delgado, who ousted outgoing Republican Representative John Faso from Kinderhook in 2018 and was re-elected in 2020 against GOP challenger Kyle Van De Water from Millbrook.

Van De Water, who later moved to Hyde Park, announced in July that he planned to run for the seat again in 2022, but dropped out of the race in August. On September 7, he was found dead in a cemetery in the town of Poughkeepsie at the age of 41.

The 19th Congressional District could be reconfigured and renumbered before the 2022 election, as New York State loses a House seat, meaning at least some district lines will need to be redrawn. But because Molinaro and Delgado live in towns neighboring Northern Dutchess, it’s likely that they’ll end up in the same district.

The district currently includes most of Dutchess County; all counties of Ulster, Greene, Columbia, Sullivan, Delaware, Schoharie and Otsego; parts of Rensselaer and Montgomery counties; and a small part of Broome County.