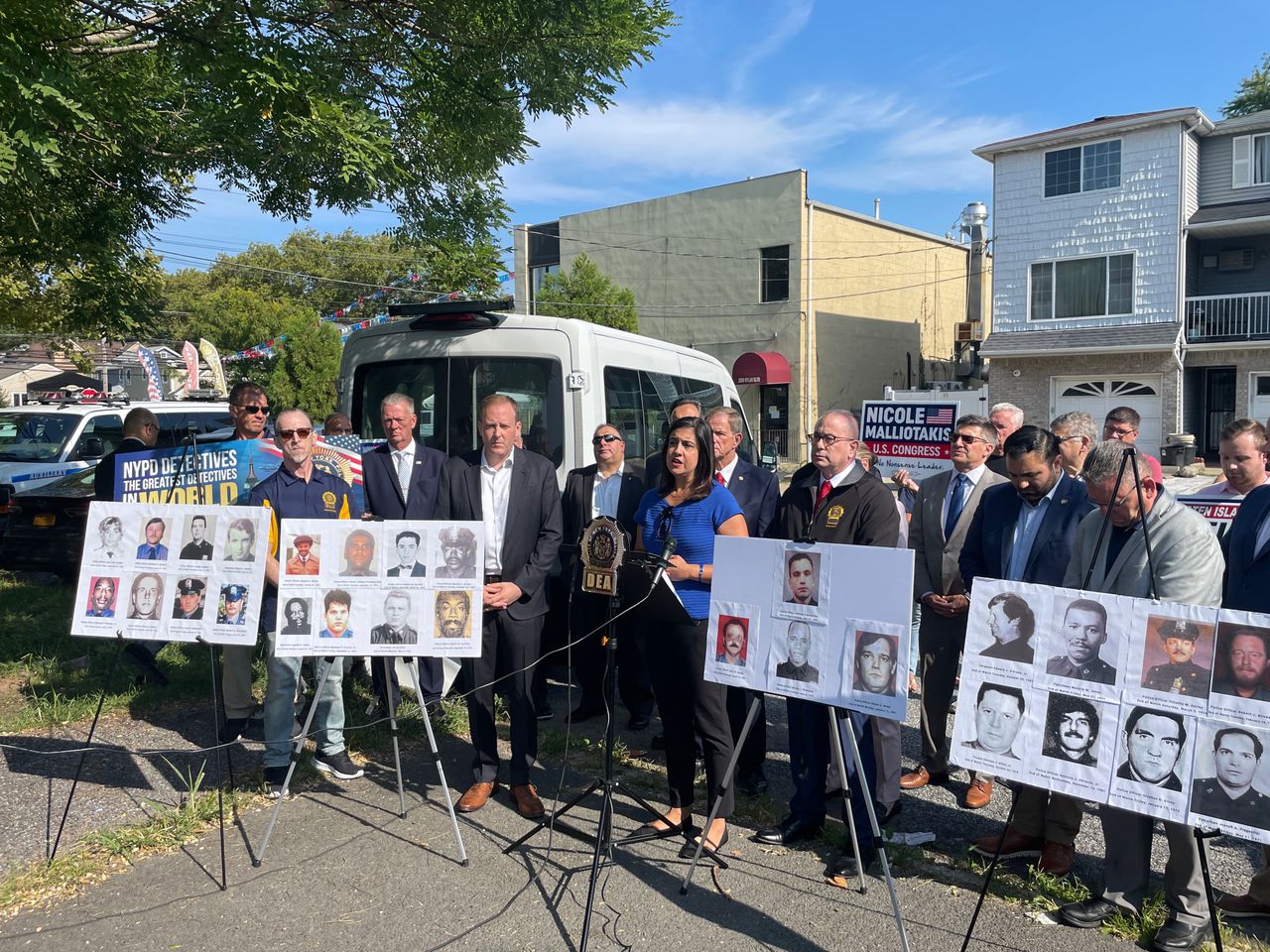 Malliotakis, Zeldin, along with law enforcement officials, other local politicians call for bail reform and parole board changes at rally in New Dorp

Representatives of the Detectives’ Endowment Association, community members and a contingent of elected officials from Staten Island also attended.

Their message was the parole board in New York and bail reform must be overhauled. The rally also served as a campaign stop for Malliotakis, Zeldin and other Republican election candidates, all urging the restoration of balance, law and order.

“Are we going to be serious about law and order and support our law enforcement,” Malliotakis said. “[And] give them the tools they need to keep us safe.

She said the parole board has continually released dangerous people onto the streets: George Willis, who killed two young Staten Island women 39 years ago and was released from prison in June, and Chris Patterson, who murdered his fiancée at their Bulls Head home in 1988 and walked out in March.

Other speakers reiterated how dozens of “cop killers” have been released from prison since 2017, blaming the former and current administration.

“What is the message sent to the criminal? That you can kill a cop and you don’t have to serve a life sentence. It reinforces the attacks we see on our men and women in blue – they don’t feel like there are sanctions,” she said.

Paul DiGiacomo, president of the Detectives’ Endowment Association, said it sends a clear message to criminals that killing and assaulting law enforcement and citizens is okay.

“Let’s start thinking about the victims of crimes and not the people who commit the crimes,” DiGiacomo said.

“Right now it’s a majority vote, it needs to be changed to a unanimous vote. We need to allow victims and their families to be able to provide testimony that will be considered by the parole board,” he said.

Additionally, Zeldin said there should be an appeal process that victims and their families are part of so that their voices are heard.

“Cashless bail in this state does not give judges discretion in cases of dangerousness – even New York City Mayor Eric Adams has said there should be a special session and the state legislature should legislate to give judges discretion,” he said. “He’s right. I’m a Republican, he’s a Democrat and we agree, it’s OK.