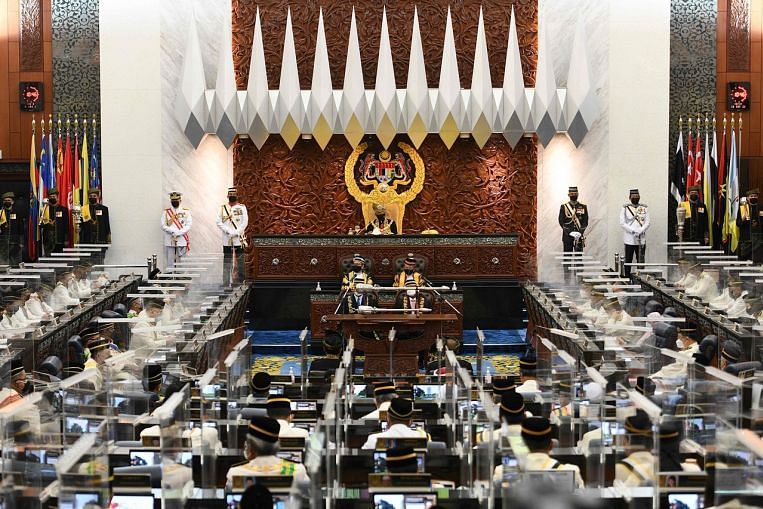 KUALA LUMPUR (THE STAR / ASIA NEWS NETWORK) – Malaysian Health Minister Khairy Jamaluddin on Saturday (October 23rd) reminded his political colleagues to put on their masks during meetings, seeing that “many politicians suffer from diabetes, hypertension and are probably obese “.

His recall came as the country recently re-authorized interstate travel after months of lockdowns and relaxation of rules on mass gatherings.

This has led to congested roads, while restaurants, tourist spots and shopping centers are teeming with Malaysians tired of Covid-19.

He said Britain is experiencing a new wave of Covid-19 infections, in part because of the population’s refusal to wear masks.

â€œNot-so-sweet reminder. Keep your masks on. Especially the politicians.

â€œMore and more of my colleagues are seen in photos at meetings without a mask. Many politicians have diabetes, high blood pressure and are probably obese,â€ he wrote.

â€œIf you catch Covid-19, even with the vaccine, it won’t be fun and fun. The UK is experiencing a wave, in part because of its stubborn refusal to hide. Don’t be the UK. just hide it up, â€Khairy added.

Malaysia from October 11 allowed travel between its 13 states and three federal territories after full vaccinations for its adult population reached 90%.

Malaysia is now focusing on vaccinating its teenage population, with 80.8% of those aged 12 to 17 having received at least one dose of the vaccine on Friday. They include 43.6 percent of adolescents who are fully immunized.

The country has also seen a sharp drop in the number of deaths per day, as recorded by deaths by date.

There were 28 deaths by date recorded on October 20 and six on October 21, the latest data available on the CovidNow website. This compares to the highest single-day death toll recorded on August 10, with 407 deaths.

Tan Sri Muhyiddin is currently chairman of the government’s National Recovery Council which is examining the country’s recovery path after Covid-19.