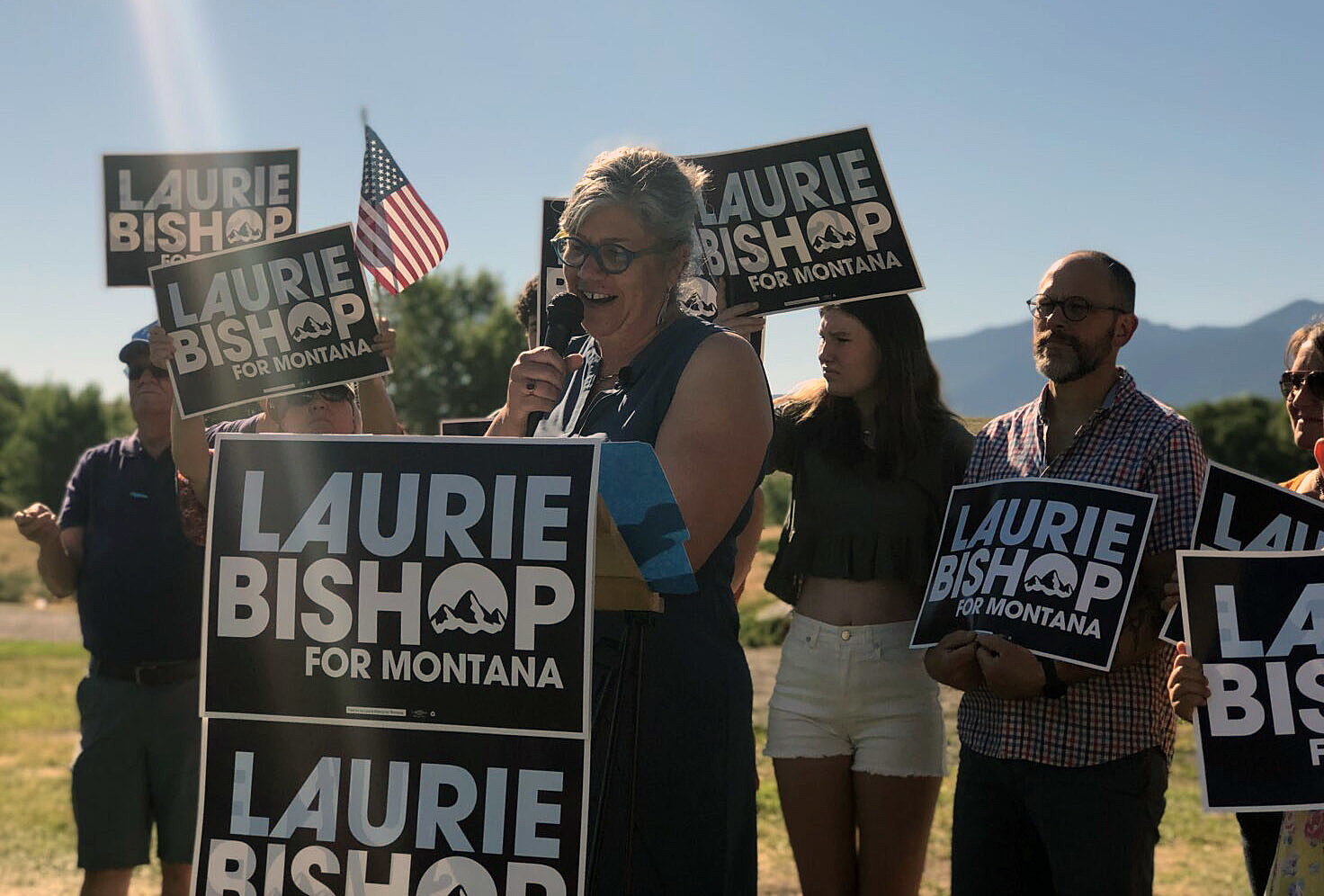 (Daily Montanan) – State Representative Laurie Bishop announced her candidacy for Montana’s new Congressional District on Thursday, making her the first Democrat to officially enter the field at a unique moment in the political history of the United States. ‘State.

For the first time in decades, two lawmakers will represent Montana in the lower house of Congress, based on rapid population growth measured in the last decennial census. Bishop, who served three terms in State House – most recently as Minority Whip – hopes to be one of those two, although state officials have yet to determine exactly how those districts will be shaped or according to which line they will be divided.

â€œThere’s a reason we’re winning this second seat – people want to live here,â€ Bishop said at a campaign launch event in Livingston, his longtime adopted home. â€œBut too many Montanais find that the obstacles they have to overcome to stay here have become more important. These challenges were only magnified when we felt the shared impacts of the pandemic. “

Bishop is the director of the Montana Afterschool Alliance nonprofit and said she is focusing her campaign on key Montana livability issues, such as child care and housing affordability. She has also pledged to strengthen mental and behavioral health care, fight to make the expanded child tax credit under the American Rescue Plan Act permanent, and echoed long-standing promises from politicians in the United States. Montana on all sides to protect and preserve public lands.

She said she has seen these problems manifest firsthand in Livingston, where the Gallatin County housing crisis has spread but where wages still remain relatively low.

â€œEven before the pandemic, Livingston was in a position where trying to attract the workforce we neededâ€¦ was really difficult because we couldn’t find housing for them,â€ she said later on Thursday. . â€œSince the pandemic, it has exploded on a scale that no one could have predicted. “

Addressing this problem at the congressional level requires bringing the perspective of a rural community to Washington and ensuring that federal grants and investments are targeted and tailored for states like Montana, she said.

â€œThere is a real disconnect between the way federal programs are designed and the way rural communities actually operate,â€ she added.

She touted her experience working in the Democratic legislative minority to protect and expand the expansion of Medicaid, fund infrastructure development, and ensure parity in insurance coverage for mental health care.

The last session, the first in 16 years with a Republican governor, came with a different set of lessons, she said.

â€œThe strength of our leadership over the past two terms is really reflected in the fact that we have our caucus together at key times,â€ said Bishop.

Although Bishop is the first Democrat to declare herself for the race, she is not the first candidate. Ryan Zinke, a Republican who once represented the General District of Montana and then served as Home Secretary under President Donald Trump, has also announced his candidacy for what will be Montana’s first congressional district. And shortly after Bishop’s announcement, Dr. Al Olszewski of Kalispell, a Republican who previously served in the state legislature and mounted unsuccessful candidacies for the United States Senate and Governor, announced that ‘he would also introduce himself.

Anyone entering the fray at this point in the race is in a somewhat awkward position: while it is widely assumed that the state’s congressional map will share the old-time east-west divide, where the line will divide the state is not yet clear.

Bishop acknowledged that it was possible that once the Montana District and Allocation Commission finished its work, Livingston ended up in the Eastern Plains District, which historically tended to go right, but nonetheless said she would run in the Western District. In fact, she said she plans to mount a congressional run even before the new district is announced.

If Bishop wins, she will be the first Democrat to represent Montana in Congress since 1997, when Pat Williams retired.

â€œThis is an opportunity for us to bring our representation in DC into a lot more of the balance that actually exists in our state,â€ she said.

Would you like to help coordinate our movement? Applications are now open!