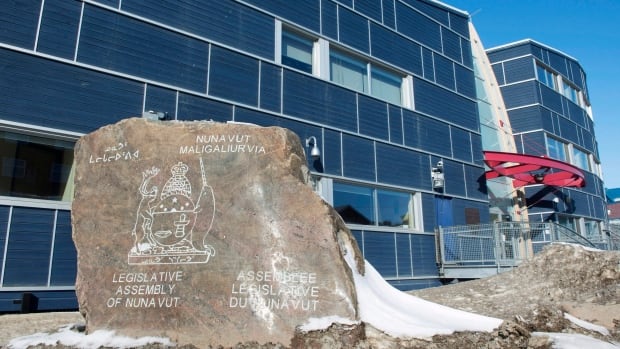 This first-person article is written by Adam Arreak Lightstone, Member of the Nunavut Legislative Assembly for Iqaluit-Manirajak. Find out how to present your own story to CBC North here.

The life of an MP is exciting. It is one of the most fascinating jobs in Nunavut, as well as one of the most difficult. I really enjoy my job and I am grateful for the trust of the Iqalummiut who have granted me a second term.

However, there is a cost to public service, and being a politician or leader in a small community can be difficult. It is never easy to represent a collective vision, which is the essential task of a politician. No matter how legitimate I think an issue I raise in the Legislature is, there will always be people who find a way to view it in a negative light.

In the recent territorial general elections, a record number of people were cheered. This means that no one chose to run against them and that there was no voting process. I strongly suspect that the challenges and abuses that many of our community leaders face may help deter Nunavummiut from wanting to take on this responsibility.

Shortly after I was first elected, I learned to avoid reading the comments section in the media, as the anonymous Keyboard Warriors have no shame in demolishing the work of others. Almost all articles written on the issues I raise will include negative comments that would often include an attack on my character rather than providing constructive criticism or a respectful disagreement with the issue at hand.

Presenting your name exposes you to public scrutiny and criticism. As such, it requires a lot of courage and thick skin. With that in mind, I would like to congratulate the 58 candidates who stood for the election. For the 36 candidates who were not elected, I know you care deeply about your community. Your efforts to make a positive impact do not go unnoticed – you are a shining example to other Nunavummiut, and your impact radiates far beyond the campaign.

I don’t try to absolve myself of mistakes and misgivings, nor do I think an incumbent necessarily has to keep their job. It is important to understand the struggles politicians go through – they are our brothers and sisters, and they have the same challenges and feelings as everyone else. I am not complaining in any way about the privilege of serving Nunavut, but I feel I can no longer remain silent about the need for a common courtesy to our fellow citizens, both in public and political spaces.

I recently faced a wave of attacks on Twitter where a number of individuals were making misleading statements. It quickly became apparent that whatever action I would take to try to respond constructively or correct the perpetuation of misleading information, my words would only fuel further attempts to enlighten me. My solution was to turn off Twitter so I could focus on running a positive campaign. Unfortunately, it has been normalized to speak hatefully and negatively about a public figure on social media. It must stop – we are better than that.

The most important factor that sets our assembly apart from others in Canada is not the model of consensual government, but the level of civility and respect that we maintain in our chamber. It would be nice if this same dignity was also maintained outside the assembly. We need to work together and I encourage the public to share their concerns and ideas for improving Nunavut.

Every Nunavummiut has the right and should be encouraged to voice their concerns. If you are passionate about a problem, I encourage you to think it over and think about the best way to tackle it. Then take those thoughts and write a letter or request a meeting with your representative (MP, MP, advisor, Inuit organization director, HTO, etc.) to share your concerns and possible solutions. Social media will always be at our disposal to express our views or concerns, however, I think they are more effective if we try to do so with respect. We may disagree, but anger and outrage are rarely effective tools for building a better community.

We have so much potential to affect our environment in a positive way. It is in our ability to cooperate, even – and most importantly – when we disagree on the best way forward. We all want the same thing: a better life for our communities and our children. So let’s not forget to be kind to each other in the process. Let’s work together to improve the lives of Nunavummiut.