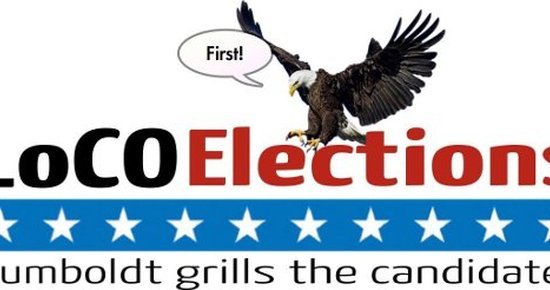 It’s been a busy few days on the LoCO elections. Here’s a roundup of your questions recently answered by local job candidates | Lost Coast Outpost

Your candidates for Fourth District Supervisor, District Attorney, and Arcata City Council have been furiously answering questions about the LoCO elections over the past few days, and they’ve answered so many questions that it’s impossible to answer them. summarize in one title. Here is a brief overview of their recent responses, with direct links.

Candidate Natalie Arroyo steps in to answer a recent question about what she would do to protect abortion rights, following this week’s news. She also lays out some possible strategies for dealing with the regular flooding in the Elk River watershed and details her thinking on the problem of balancing regional needs and NIMBYism. Also: An endorsement update.

Meanwhile, nominee Mike Newman clarifies whether he’s still listed as “Decline to State” or has returned to the GOP

After a brief absence, DA candidate Michael Acosta returns to the LoCO election to ponder whether or not it matters that he was not born and raised in Humboldt County, and asserts forcefully that your choice of district attorney and the district attorney’s choices does, in fact, impact the levels of violent crime in the community.

Candidate Ben McLaughlin answers a question about the possible disappearance of Roe v. Wade with some thoughts on the role of a local county judge in situations like this.

Candidate Edith Rosen, a latecomer to the LoCO Election Party, is making up for lost time by answering a slew of reader questions, making her the MVP of this LoCO Election cycle. We learn that she is a strong supporter of increasing cycling infrastructure, that she believes compassion and understanding are the keys to tackling homelessness, that she wants to see the city building a new library and supporting the controversial (for some) Old Arcata Road Rehabilitation Project.

Candidate Alex Stillman weighs in with her perspective on low-income housing development and housing equity.