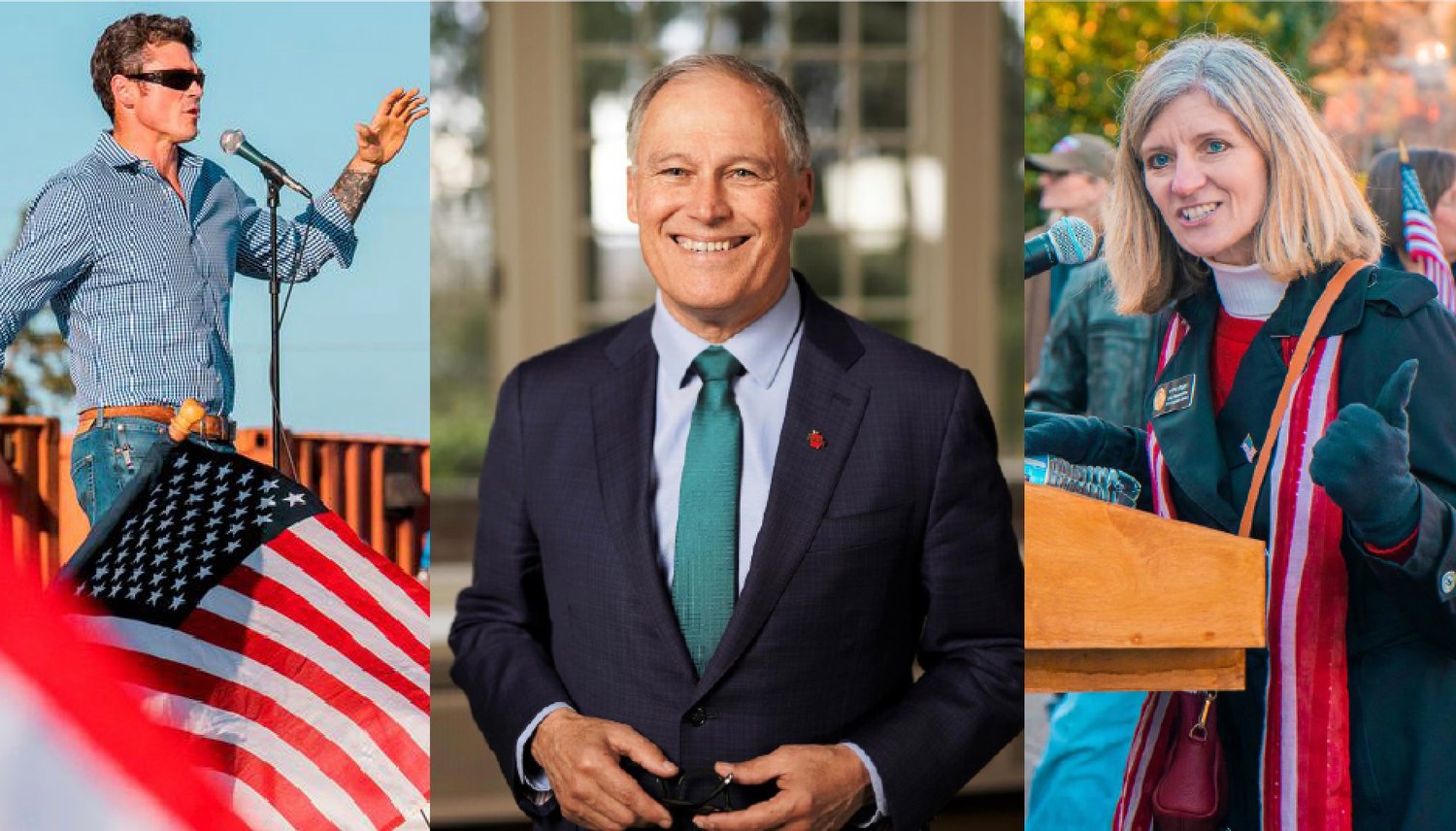 In an interview with the Daily News on Thursday, the Democratic governor named the two Republican candidates a “clear and present danger to democracy.” Kent, R-Yacolt, and Kraft, R-Vancouver, are two of eight candidates vying to unseat incumbent Rep. Jamie Herrera Beutler of Washington’s 3rd congressional district.

Both candidates have questioned election results nationally and for Washington state in particular throughout their campaign appearances and pushed to question the state’s 2020 election count.

“We have candidates for the United States Congress who are part of an ongoing insurgency to ignore our election results. We call on all good Republicans and independents to come to the aid of democracy and reject those candidates who refuse to accept the results of the last election,” Inslee said.

No widespread voter fraud was seen in Washington, especially on the scale needed to overturn the result for a reliable Democratic state. Joe Biden received about 800,000 more votes from Washingtonians than Donald Trump in the 2020 election.

Kent has signed several lawsuits filed by the Washington Election Integrity Coalition United questioning Washington’s votes in the election. One of the most significant lawsuits was dismissed by the Washington State Supreme Court and the court fined the coalition and its attorney $28,000 for making baseless and unsubstantiated claims.

Kent told the Daily News on Friday that calling for election audits and opposing mail-in voting was not the same as an insurrection.

“People should be able to question the way our elections are going. Inslee is an elected official, he should want to make sure we have full confidence and transparency in our elections,” Kent said.

Kraft did not respond to phone calls or emails from the Daily News seeking comment on Inslee’s statements Saturday afternoon.

Kraft remains an active state representative, representing Vancouver and Clark County in District 17. Inslee acknowledged that it was unusual for him to call an incumbent elected official a threat to democracy and said that he had made these statements knowingly.

“These candidates who refuse to honor our votes, which they both did, are a clear and present danger to democracy and I am here to raise the red flag,” Inslee said.

Kent and Kraft aren’t the only two people in the race to have questioned the state election results. In a video posted to her campaign website, Republican candidate Heidi St. John claimed that mail-in ballots in Washington have been “rife with fraud” since Dino Rossi lost the recount for the gubernatorial race. in 2004.

St. John added that the solution to mail-in ballots was for more Republicans to sign up and vote.

Other candidates running for the 3rd congressional district are Oliver Black of the American Solidarity Party of Longview; Chris Byrd, an independent from Toutle; Leslie French, a Republican from Vancouver; Marie Gluesenkamp Perez, a Democrat from Washougal; and Davy Ray, a Democrat from Stevenson.