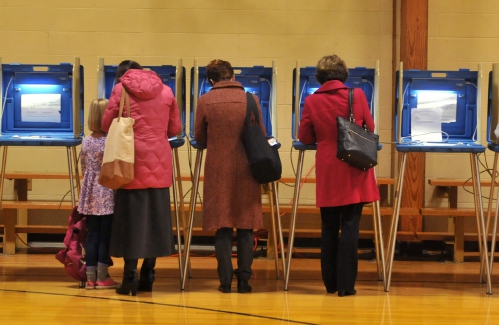 Two of the region’s largest cities will undergo significant leadership changes in January when new mayors are inaugurated in Northampton and Holyoke, replacing longtime mayors who have each led their communities for a decade.

The process of determining who these new mayors will be takes the first step in Holyoke on Tuesday, when voters head to the polls for a preliminary election to shift the field from seven candidates to two.

Northampton voters, meanwhile, will do the same a week later, on Tuesday, September 28, when they vote in the city’s preliminary elections to reduce the field of mayoral candidates from four to two, and the field of candidates for two to -great city council positions from five to four.

In Holyoke, the candidates for the four-year post will be entered on the ballot in this order: William J. Glidden, Rebecca Lisi, Joshua A. Garcia, Michael J. Sullivan, Christopher E. Kosinksi, Gloria A. Caballero Roca and Devin Sheehan.

The candidates aim to replace former mayor Alex Morse, who held the position for nine years before leaving at the end of March to become general manager of Provincetown.

In Northampton, four candidates are vying – although five will be on the ballot – to replace outgoing mayor David Narkewicz, who announced in January that he would not stand for re-election at the end of his decade as mayor. in December. The candidates for the four-year term will be listed in this order: Gina-Louise Sciarra, Rosechana Gordon, Roy Martin, Shanna Fishel and Marc Warner. Gordon dropped out of the race at the end of August, after the deadline to change the September ballot had expired.

The voters of Holyoke and Northampton will choose a candidate for mayor in the preliminary elections; the first two voters will qualify for the general elections on November 2.

Northampton voters will also decide which candidates qualify for the race for the two general seats. There are five candidates on the ballot, in this order: Michael Quinlan, David Murphy, Marissa Elkins, Jamila Gore and Michelle Serra. The first four voters for two-year terms will advance in November.

With the right to vote comes the responsibility to be informed of the candidates and the issues. There are several sources of information on mayoral candidates running for office.

In Saturday’s newspaper, the Gazette published a summary of the Holyoke preliminary elections and described the agendas of each of the candidates. The document also covered the only debate leading up to the preliminary elections, and that debate is posted on YouTube by Holyoke Media. For more detailed information on each candidate, we invite voters to spend some time on their websites.

The Gazette will also publish a summary next weekend ahead of Northampton’s preliminary elections, and voters will have a few more chances to hear from the candidates in virtual and in-person campaign stops across town.

Neighborhood groups from wards 3 and 7 are co-hosting an in-person event for applicants in general on Friday September 26 from 3:30 p.m. to 5:30 p.m. at Leeds Primary School. The groups held a similar event for mayoral candidates on Sunday.