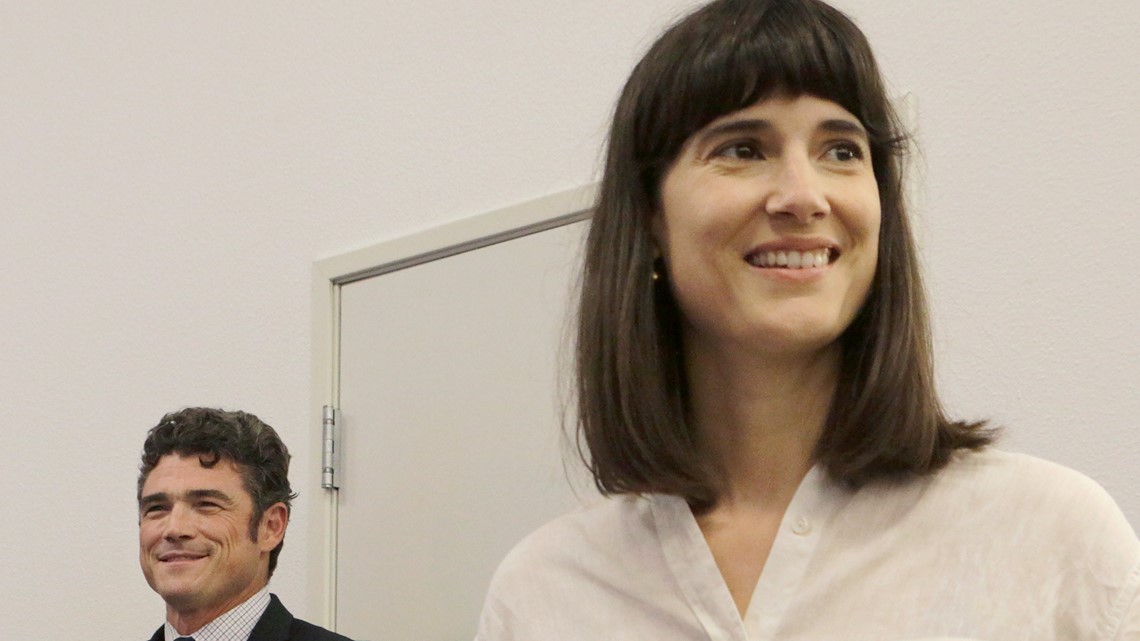 Southwest Washington’s 3rd congressional district is a key race for both sides as the House is up for grabs in an environment of growing polarization.

VANCOUVER, Wash. — A vote to impeach former President Donald Trump has led to an outcome Washington Democrats have been seeking unsuccessfully for years: the ousting of longtime Republican U.S. Representative Jaime Herrera Beutler from her seat representing the southwest corner of the state.

Now an open seat heading into November, the 3rd congressional district is a key race for both parties as the House is up for grabs in an environment of growing polarization.

Democrat Marie Gluesenkamp Perez and Trump-backed Republican Joe Kent walked out of the state’s crowded first two primaries in August, leaving the moderate Republican incumbent in third place. Herrera Beutler, one of 10 House Republicans who voted to impeach Donald Trump following the Jan. 6 attack on the U.S. Capitol, did not endorse a candidate in the race and did not say how she planned to vote.

Where the 22% of voters who voted for Herrera Beutler in the primary fall in the overall will be key to who ultimately wins, said Mark Stephan, associate professor of political science at Washington State University-Vancouver.

“Even though Republicans continue to dominate the 3rd District, they are divided in their outlook,” he said. “It’s a Republican neighborhood and it will be for a while. But now there’s a small chance for the Democrats.”

The former president garnered just 38% of the vote statewide in 2020, but narrowly won Washington’s Southwest 3rd District with 50.6% of the vote. By comparison, Herrera Beutler captured over 56% in her run that year.

With an “America First” Republican nominee and a rural Democrat now the choice in front of voters, Stephan said “the polarization of the rest of the country can be viewed in the 3rd District.”

A recent debate in Vancouver, the district’s largest city, showed the stark difference between the two candidates, with Gluesenkamp Perez saying Kent is too extreme for the district and Kent retorting that she would be a buffer vote for Democrats.

RELATED: A Closer Look at Trump’s Endorsed Republican Nominee for US House Seat in Southwest Washington

Kent, a former Green Beret who is a regular on conservative cable and podcasts, has called for the impeachment of President Joe Biden and an investigation into the 2020 election. He is also called to defund the FBI after searching for classified documents at Trump’s home in Mar-a-Lago.

He spoke out against COVID shutdowns and vaccine mandates during the debate, calling the vaccine an “experimental gene therapy” and saying Dr. Anthony Fauci, the nation’s top infectious disease expert, “must be held responsible”.

“Does anyone else here feel like they spent a month on YouTube?” Gluesenkamp Perez asked the crowd, saying Kent’s comments “do nothing to heal our country.”

Kent responded that the loss of his wife, a Navy cryptologist who was killed by a suicide bomber in Syria while on a mission to fight Islamic State in 2019, was “because our ruling class, Republicans and the Democrats, has consistently lied to the American people to keep us engaged in wars overseas.

“That’s why I have skepticism about our federal government,” he said.

Gluesenkamp Perez — who co-owns an auto shop with her husband just across the border in Portland, Oregon — said as a small business owner who lives in a rural part of district, it is more in tune with the voters. She supports abortion access and climate change policies, but is also a gun owner who has said she opposes bans on assault rifles, though she supports raising the age of purchase of these weapons to 21 years.

“I’m not your typical Democrat,” she told the crowd. “We need to have people in Congress fixing things, not people starting flame wars.”

Kent said Gluesenkamp Perez will “vote in concert” with Democrats.

“How’s your 401k doing right now, how’s your future looking for your kids?” Very dark,” he said. “We can’t have two more years of Democrats at the helm. I’m going there to check and balance Nancy Pelosi and Joe Biden.

Kent had to address ties to right-wing extremists throughout his campaign, which Gluesenkamp Perez pointed out during the debate, saying he wanted to ban immigration “to ensure a white majority”.

“This nonsense about me being a white nationalist is absolutely despicable,” Kent shot back. “I fought for this country for over 20 years, I put my life in the hands of minorities and people of all races, creeds and sexualities, and they put their lives in my hands.”

Ron Moon, 79, attended the debate wearing a red “Fire Pelosi” hat with a Joe Kent button attached. Moon said he had voted for Herrera Beutler in previous elections, calling her “the lesser of two evils”.

His impeachment vote following the attack on the United States Capitol was the final straw: “It was the end,” he said. “I never thought about supporting her again.”

Nearby, Nancy Everly, 70, wore a shirt supporting Gluesenkamp Perez and a necklace of Scrabble tiles that spelled “Vote.”

“I have to support a candidate who is pro-choice,” she said. “We cannot go back.

Ballots will be mailed by Oct. 21 to the state’s nearly 4.8 million registered voters, including more than 499,000 in the 3rd Congressional District. Because Washington is a mail-in voting state and ballots simply need to be cast on Election Day, it often takes days to find out the final results in tight races as ballots arrive at polling stations. of the county throughout the week.

Meet the Iowa House District 35 Candidates for the 2022 Election