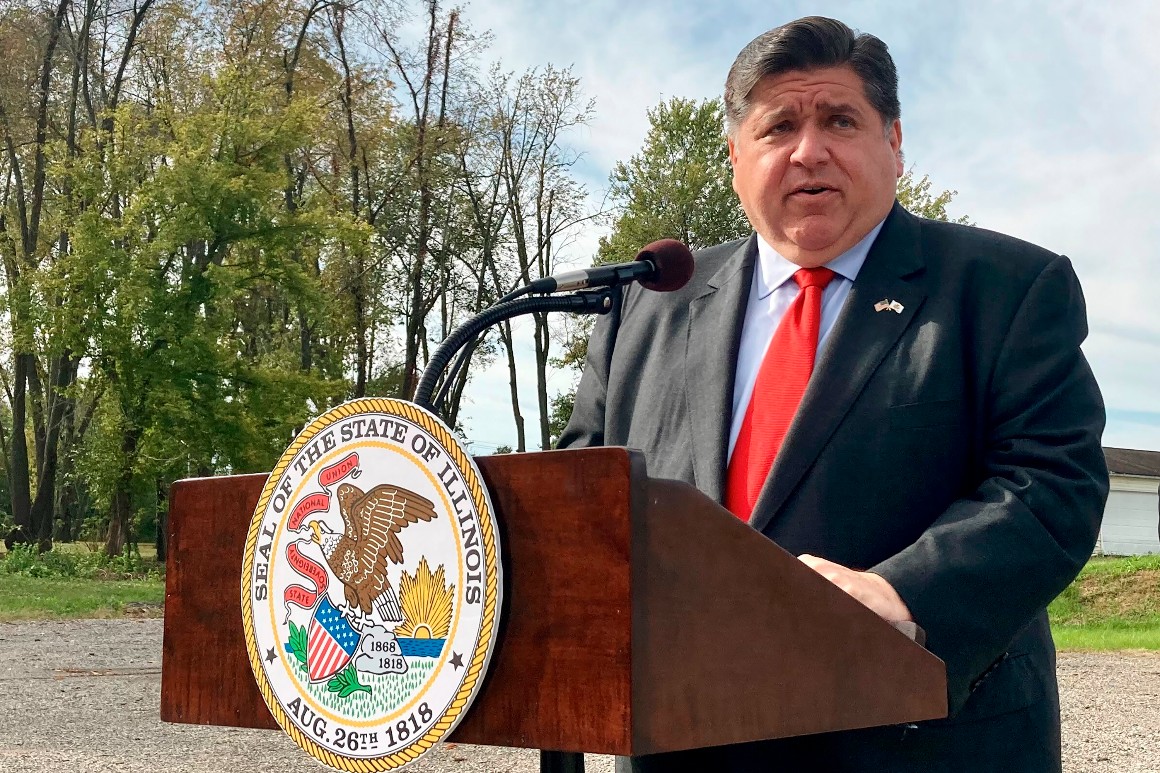 Griffin and Pritzker are bitter rivals, with Griffin recently saying in a public forum that he was “fully ready” to defeat the Democratic governor.

A spokesperson for Pritzker’s campaign said the funds would also be used for Democratic candidates “up and down the ticket.”

“The governor knows that the fight for reproductive freedoms, a strong fiscal future, public health and an economy that works for everyone is on the ballot in 2022,” Natalie Edelstein said in a statement.

Pritzker and Griffin are among the wealthiest residents of Illinois. Pritzker, worth an estimated $3.6 billion, according to Forbes, spent more than $171 million on his 2018 election victory. In addition to the $125 million he has already invested in his own campaign, he last month gave $2 million to the state Democrats campaign fund and $1 million to state Senate Democrats.

Since Pritzker’s victory in 2018, Democrats have held “trifecta” control in Springfield, allowing the party to pass a $15 minimum wage, a state law that codifies Roe vs. Wade, and steering the state toward its first credit upgrade in 20 years.

Griffin, meanwhile, has pledged to single-handedly fund a GOP candidate, and Irvin could be the beneficiary. Griffin’s estimated worth dwarfs even that of the super-rich Pritzker: $26.3 billion, according to Forbes.

The 2022 skirmish would not represent the first nine-figure proxy battle between the two men. Griffin helped defeat a Pritzker-backed progressive income tax referendum in 2020 – in which the two spent more than $50 million of their own money.

Irvin could use some help navigating a crowded June Primary GOP. The contest could be determined by a Republican base who wants a more right-wing political nominee from Aurora’s mayor, who was elected in nonpartisan races and has said in the past that he supports abortion rights and immigration rights, including sanctuary cities.

Pritzker doesn’t have a primary but is already campaigning and rallying support across the state, including black communities, who overwhelmingly backed him in 2018.

The Illinois governor’s name has also emerged as a potential future presidential candidate, though he says the job is not on his radar. “I have no intention of running for anything other than the gubernatorial election,” he recently told reporters.

Pritzker would have to win a second term before any presidential aspirations can be weighed. And though he won hands down in 2018, Democrats face significant headwinds in this year’s midterm elections, even in very blue Illinois. Rauner was elected in the 2014 GOP wave of elections, and in 2010 Republicans won a Senate race in Illinois and nearly ousted then-Democrat Governor Pat Quinn.