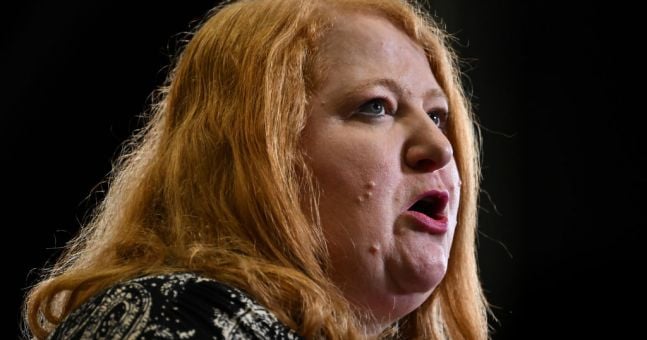 Effigies of politicians hang from bonfires condemned in Northern Ireland

JUSTICE The Northern Ireland Minister said she had reported to the PSNI effigies of her and other politicians hanging from loyalist bonfires.

Alliance Party leader Naomi Long tweeted yesterday to say she had received pictures of effigies of herself, Michelle O’Neill and Mary Lou McDonald hanging on a bonfire at Glenfield in Carrickfergus.

“So, having gotten used to seeing my posters burned over bonfires, I honestly thought nothing could shock me anymore,” she said.

“I am not sharing the images due to the risk of distress to families who have lost loved ones to suicide. And because they are completely ill. I will share them however, along with the photos of the bonfire builders standing proudly in front of their creation with the police.”

She said the effigies were not “last minute additions”.

“There are pictures of a children’s ‘day of fun’ happening around that fire while our effigies hung there. Some local businesses even sponsored it,” she continued.

“What kind of parent would see this and think it’s okay for their child?” »

She said she felt physically ill looking at the photos – “not just at the effigies, but at the festering hate and bigotry they represent; a hate that not only persists in our community, but is passed on to the next generation. next as usual.

“This must stop. Our children deserve better,” she concluded.

I felt physically sick looking at these photos – not just at the effigies but at the festering hatred and bigotry they represent; hatred that not only persists in our community, but is passed on to the next generation as usual.

In an apparent reference to the incident, Sinn Féin leader Mary Lou McDonald shared a quote from Nelson Mandela on Twitter.

“No one is born hating another person because of the color of their skin, their origin or their religion,” it reads.

The leader of the Ulster Unionist Party condemned the effigies.

“Completely despicable,” he tweeted. “Hanging effigies over bonfires does not represent the labor and unionist culture I believe in. Silence cannot be an option.”

Several bonfires in northern Ireland over the past few days have seen election posters of nationalist politicians hung up, including Sinn Féin’s Gary McCleave.

“Tonight I have to answer questions from my kids who found out about this on social media, why their daddy is on a burning bonfire,” he said, sharing an image online.

“It’s not culture, it’s a hate crime. Those in political unionism must show leadership and stand up against this sectarian hatred.”

Tonight, I have to answer questions from my children who discovered on social media why their daddy is on a burning bonfire.

It’s not culture, it’s a hate crime. Those in political unionism must show leadership and stand up against this sectarian hatred pic.twitter.com/SmYsgu0Wpr

At another bonfire, several Irish flags were hung the wrong way round, making it the flag of Ivory Coast.

Leave the Ivory Coast out of this pic.twitter.com/wwltr4X80N