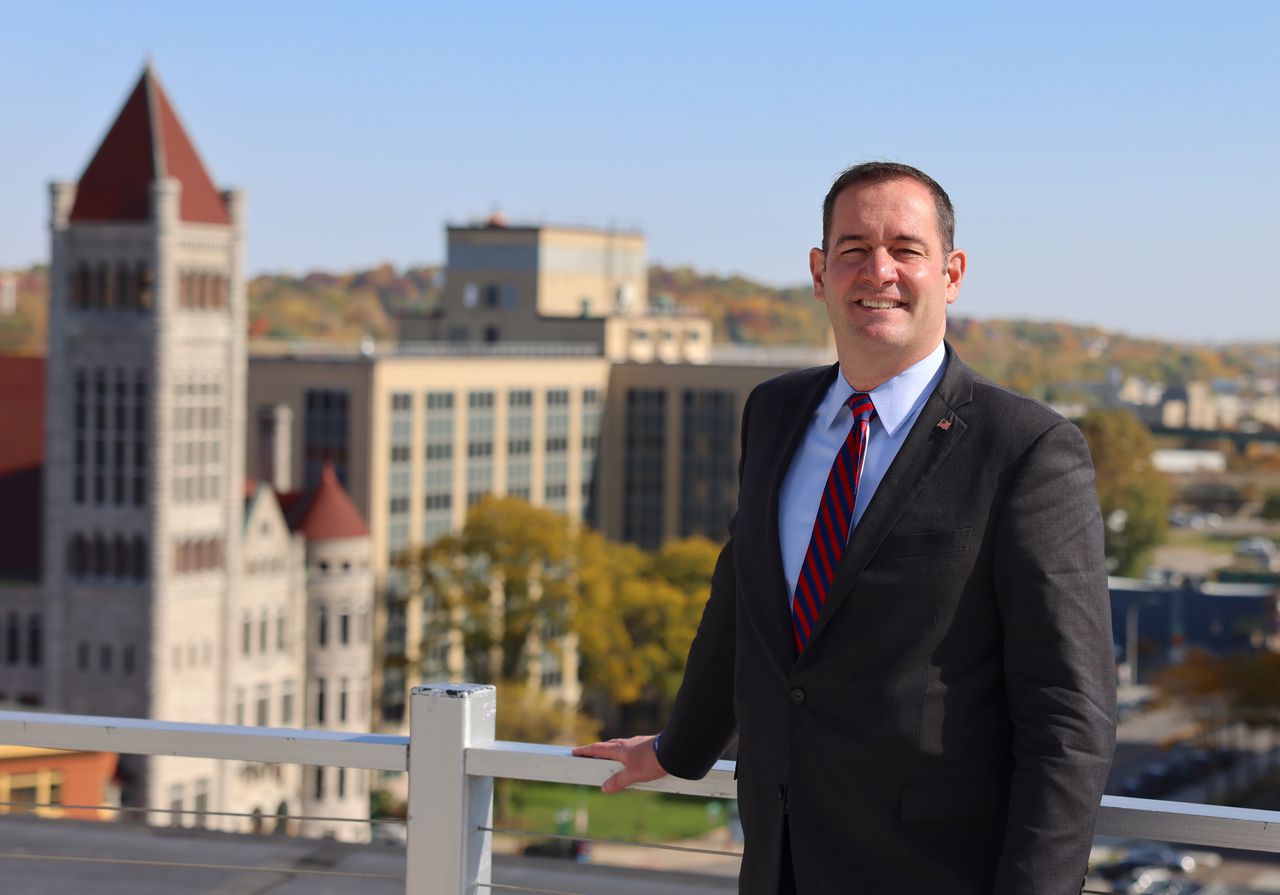 Central New York has a rich history of electing Centrists to Congress who were intelligent, principled, and grounded in the challenges of serving our politically diverse community. Republican John Katko is the most recent leader to fit that description. Katko’s retirement means voters in central New York must choose a new representative in the 22nd congressional district.

The two candidates are largely unknown to voters beyond their party labels: Democrat Francis Conole, a Syracuse native and career Navy officer, and Republican/Conservative Brandon Williams, a Texas tech entrepreneur and transplanted into the Cayuga County. Both have lived most of their adult lives in other places. Neither has previously held political office.

When it comes to choosing the candidate sensitive to the center of New York and its values, it is not a contest. We endorse Conole for the 22nd congressional district.

Conole graduated from Westhill High School and then the US Naval Academy. 9/11 happened soon after, triggering deployments in Iraq and the Middle East. Conole then worked for two administrations as a political analyst at the Pentagon. He returned to Syracuse in 2019 and is a captain in the Naval Reserve.

Williams grew up in Dallas, served six years in the Navy on a nuclear submarine, then pursued a career in business. He built a home in Cayuga County in 2010 and moved there permanently in 2019. He describes himself as a Reagan Republican.

Candidates’ opinions on federal incentives for chipmaker Micron Technology are beginning to show their differences.

Katko was one of 24 Republicans who broke away from the party to vote for the Chips and Science Act. The law offers $52 billion in federal incentives to semiconductor makers to “relocate” production to the United States, plus a 25% investment tax credit on equipment. These two elements were key to Micron’s decision to locate a chip manufacturing plant in Onondaga County, promising $100 billion in investment and up to 9,000 direct and 41,000 indirect jobs over two decades. . It would be a historic reversal of fortune for a region that believed its industrial glory days were over.

Conole praises Katko’s votes with Democrats on the chip law and the infrastructure bill. If elected, Conole says he is ready to support the STEM education, housing, and transportation needs of the community as it grows around Micron.

Williams now says he’s all in favor of relocating manufacturing and welcomes Micron’s investment. This is a major about-face. In a letter to the Auburn Citizen published before Micron made his decision, he derisively criticized “moderate Republicans” and called the chip bill “corporate welfare” for a profitable business. He doubled down on that at an editorial board meeting, saying corporate welfare was okay when it was in the interest of national security. Williams misrepresents $200 billion more in House-authorized research spending; it was not funded by the Chip Bill.

Williams focused his campaign on federal overspending, inflation, crime, energy independence, school choice, and parental rights. His views lean heavily to the right. He thinks socialism is creeping into local school curricula, though he can’t cite any examples. His critique of public schools seems disconnected from an important community builder and source of local pride in central New York.

Console and Williams differ on just about every issue.

Conole supports abortion rights; Williams opposes abortion with narrow exceptions. Conole says he would protect Social Security and Medicare; Williams supports the House GOP’s platform of aggressive spending cuts, but says he would not cut Social Security and Medicare. Conole supports gun background checks, red flag laws, and assault weapon bans; Williams told a group that Democrats are after their guns. Conole would seek federal investment in housing to address urban poverty in Syracuse and Utica; Williams’ prescription is to grow the economy and give parents vouchers to send their children to private school.

Williams professes a desire to get away from the grievance policy, but he falls back on it when he claims that Conole wants to defund the police (which Conole denies). Williams’ disdain for bipartisanship and his criticism of Katko and other “moderate” Republicans as RINO is reason enough for us to pick Conole.

We’ll grant this: Unlike many Republican congressional candidates, Williams isn’t claiming the 2020 election was stolen. But he refuses to talk about the January 6 attack on the US Capitol, saying at one point, “I didn’t pay attention to it at the time.” It is beyond comprehension. Williams says it’s a distraction from wallet issues and unrelated to this campaign; we believe that free elections and the peaceful transfer of power are fundamental to our republic.

The New York center was fortunate to have Katko in the House chamber on January 6 and after, and for every other vote over the years to protect civil rights, support democracy and provide aid. federal government to the problems of central New York. The next time our representative is called upon to put the country above the party, who do you want to make the call?

We choose Conole, hands down.

The purpose of an editorial endorsement is to provide a considered assessment of the choices voters face in an election. We offer editorial mentions to stimulate public conversation and promote civic engagement. Voting is a right and an obligation of citizenship. This part is up to you. Early voting begins Saturday, October 29 and ends Sunday, November 6. Election day is Tuesday, November 8. Read our Q&A on why we approve.

Editorials represent the collective opinion of Advance Media New York’s Editorial Board. Our opinions are independent of media coverage. Read our mission statement. Members of the editorial board are Tim Kennedy, Trish LaMonte, Katrina Tulloch and Marie Morelli.

To respond to this editorial: Send a letter or comment to [email protected] Read our submission guidelines.

If you have any questions about the Opinions and Editorials section, contact Marie Morelli, Editorial/Opinion Manager, at [email protected]