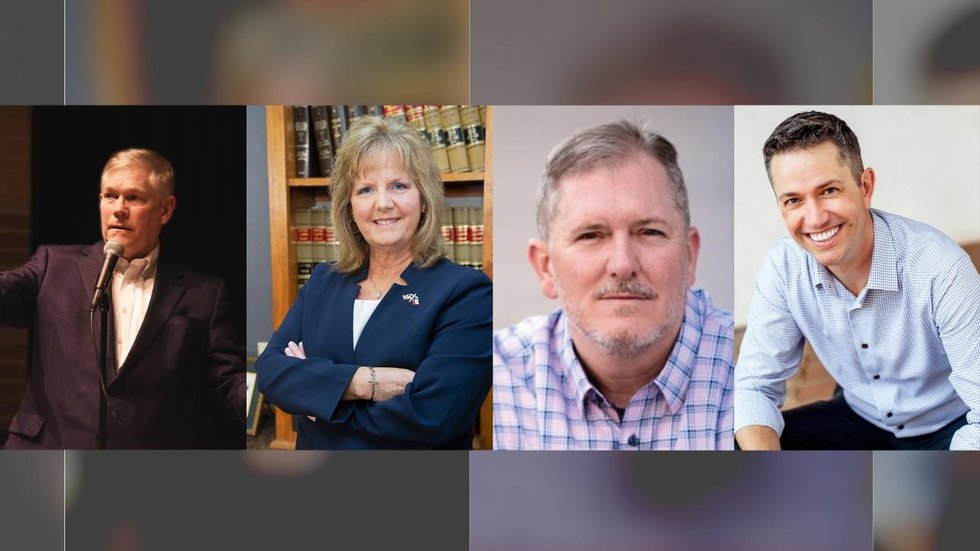 WACO, Texas (KWTX) — It’s not just Valentine’s Day, it’s also the first day of early voting for the March 1 primary, and there are a number of races Central Texans are on. may weigh.

This is a primary election, so voters will choose either the Democratic or Republican ballot and vote for the candidate they want to represent the party in the general election later this year.

A race that some in Central Texas will see on the ballot – the Republican primary in Congressional District 17.

Jason “Storm” Nelson is one of the primary candidates. He said he’s showing up because we’re facing tough problems, and he said his time in the military gives him experience in creating solutions.

Nelson said if elected he only plans to serve three terms, but he has goals. These goals include building a coalition of new members to create an electoral bloc, working with emergency service teams to use FEMA funds to upgrade communications equipment, and creating opportunities for local people to help draft legislation.

Rob Rosenberger, who was born and raised in East Texas, now part of the district, also runs.

Rosenberger has a military background and has served in the CIA and as a congressional adviser. He has a long list of priorities, if elected, but he focuses on four main ones.

He said he wanted to curb government overreach and overspending, as well as election integrity and border security.

“I have the reputation, the background, the leadership and the work history in DC,” Rosenberger said. “I was an underdog with an insider’s perspective. And that could be leveraged for this neighborhood.

Paulette Carson is also a candidate for the Republican nomination. Carson comes from a military family and said she had a strong business background, in addition to being involved with the Republican Party for years.

Carson said her priorities include border security and she is a strong pro-life supporter. She said she also wants to address election integrity, government overreach and inflation.

“We are in a dark place right now. But there is such hope,” Carson said. “People need to know that I’m going there, not to build a kingdom, not to make a lot of money. I’m here to serve our district and represent them in Washington, DC.”

The district is currently represented by Pete Sessions, who is seeking his second term in this district.

During his tenure, Sessions served on the Financial Services Committee and the Government Reform and Oversight Committee.

He said one of the biggest issues facing Texas is border security, but improving infrastructure is another priority.

Sessions said he had the experience to achieve his goals.

“We’re working effectively on behalf of Texas to get the things we need,” Sessions said. “And more and more as we move forward as Texas grows, that opportunity to make sure we get what we need is very, very important and I have expertise and balance on the way to achieve it.”

Whoever wins the primary will face Mary Jo Woods, the Democratic candidate who is running unopposed. Early voting runs until February 25.