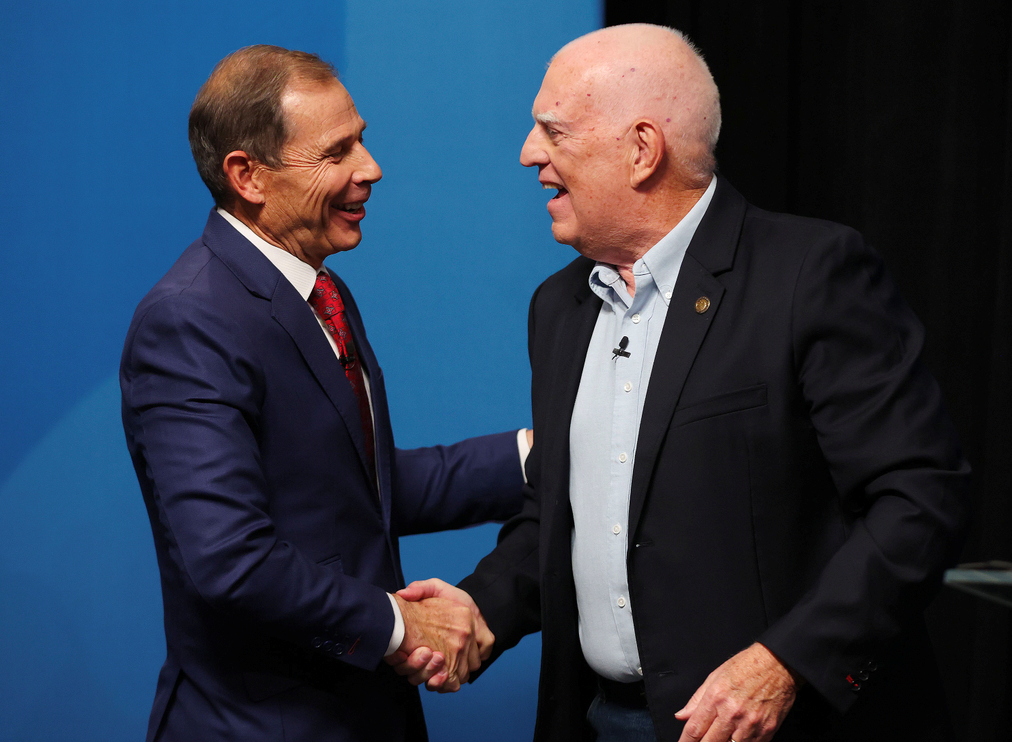 SALT LAKE CITY, Utah (ABC4) – The scores for the first Dignity Index report have been released, less than 24 hours after John Curtis and Glenn Wright began their debate for the Third District in the House of Representatives.

The dignity index, which was announced earlier this week, notes politicians on the dignity of their speech leading up to the November 8 election. Speeches, public emails, advertisements and social media posts receive a score between one and eight on the Dignity Index, with one being the least worthy and eight the most.

For the first set of scores, coders with the Dignity Index attempted to find candidate statements that were both dignified and contemptuous to show that all candidates were capable of both.

ABC4 will update these scores weekly as the Dignity Index releases updated scores.

Incumbent President John Curtis and Democratic candidate Glenn Wright squared off in a debate Thursday night at Brigham Young University in Provo. With the first Dignity Index scores released, the two received additional scores based on feedback from their debate.

District 4 of the United States House of Representatives

The next set of scores will be released on Friday, October 14, and will include analysis of the District 1 (October 10) and District 4 (October 12) debates, both of which will be broadcast live here on ABC4.com

For more information on the Dignity Index, visit their website at dignityindex.us.