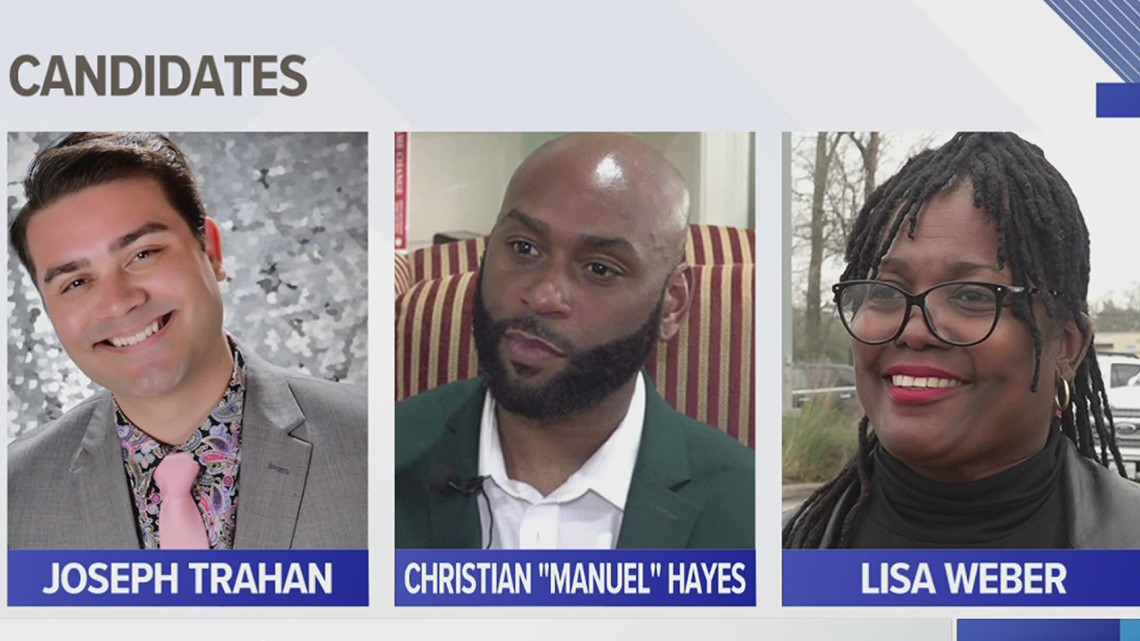 BEAUMONT, Texas — Three Democrats are vying to become the next representative for Texas House District 22.

Republican Jacorion Randle is unchallenged on the GOP.

12News spoke with the three Democrats who hope to challenge him in November.

As voters head to the polls, Democrats Christian Manuel Hayes, Lisa Weber and Joseph Trahan are hoping to qualify for the general election.

They are all vying to fill the seat of outgoing Rep. Joe Deshotel, D-Beaumont. After serving 22 years in public service, Deshotel said he was ready to spend time with his family.

We were able to meet with each candidate to discuss some of their political priorities.

Hayes is Joe Deshotel’s current chief of staff representative. He said one of his priorities is better health care for Texans.

“We’re the fastest growing state in the union, but we’re 42nd in development as far as Texas has assured that has to change. We’re leaving so much money on the tables,” Hayes said.

Trahan is the former chairman of the Jefferson County Democratic Party. It seeks to improve infrastructure and drainage systems to prevent flooding.

“Advocate for resource allocation, which means taxpayer dollars will come into this area to help fund projects on behalf of drainage districts six and seven,” Trahan said.

And a current teacher, Weber, said she wants to focus on schools and provide more resources for kids in Southeast Texas.

“To make sure that once the school is approved to be built for our students, we have the sustainable technology for them to learn,” Weber said.

The three candidates share a vision to keep this blue seat.

If you didn’t go to the polls, you only have one day left to vote early.

After that, you will need to show up on election day.