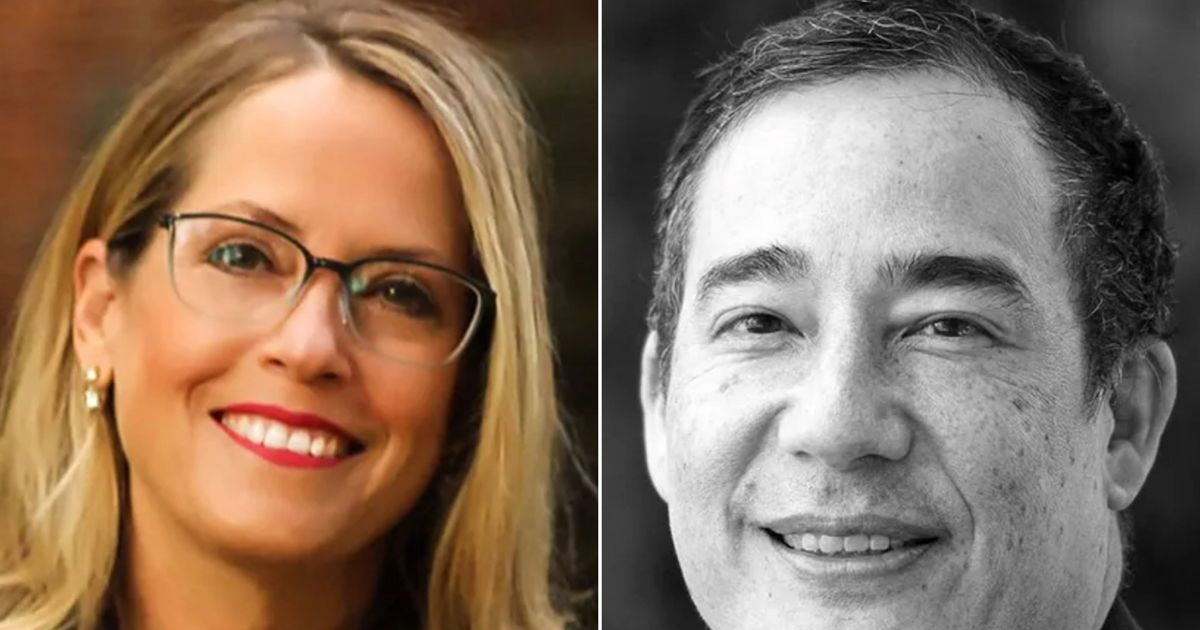 Candidates for Washington secretary of state disagree on experience, election handling and cybersecurity

For the first time in years, the race for secretary of state in Washington does not include a Republican — at least not officially.

Incumbent Democrat Steve Hobbs and nonpartisan Pierce County Auditor candidate Julie Anderson will face off in the November election after finishing in the top two in the primary.

Both candidates have long political backgrounds and some experience in election administration, but they disagree on which experience is most important for the role of secretary of state.

The Secretary of State is the state’s Chief Electoral Officer, and his role also includes archiving government records and providing information and access to the business community about businesses and charities.

Hobbs highlighted his experience in the National Guard, dealing with cybersecurity and working on both sides of the aisle as a former state legislator. Anderson has made her background as an auditor and her nonpartisan track record the focus of her campaign.

She criticized Hobbs for his lack of experience in election administration and other auditing duties.

During an Association of Washington Business debate in August, Anderson called Hobbs “an inexperienced politician.” Hobbs was nominated by Governor Jay Inslee to replace former Republican Secretary Kim Wyman when she took a job in the Biden administration last fall. The winner of this year’s election will serve the remainder of Wyman’s term through 2024.

Anderson has served as the Pierce County Auditor since 2009. She served as a member of the Tacoma City Council and Deputy Mayor from 2004 to 2009.

“There is no substitute, in my opinion, for direct expertise,” Anderson said.

Hobbs, on the other hand, said the office has changed in recent years. It’s much more of a leadership position that deals with cyber threats and election security, he said. It’s more than overseeing elections, although Hobbs said he did so in his last year in office.

Prior to his appointment last year, Hobbs had served as a state senator since 2007. He also served in the US Army and National Guard for 30 years.

“The governor had to appoint someone who would take election security seriously and have the necessary knowledge,” he said. “I’m the only one with this.”

Without an official Republican candidate, the race attracted at least one written campaign. After failing to make it to the August primary general election for Congress in the race for central Washington’s 4th congressional district, State Rep. Brad Klippert, R-Kennewick, has launched a campaign for the position of Secretary of State. As of Thursday, he had no reported contributions, according to the Public Disclosure Commission.

Anderson said she wanted the office to be nonpartisan because she doesn’t think the job requires “unnecessary conflict by belonging to a political party.” She said she did not feel that political parties belonged to an office that oversees elections.

It’s a discussion that other candidates and former secretaries, including Wyman, have had. Wyman said it was a policy change she would advocate for in a future term.

Hobbs said he didn’t care that the office was non-partisan. He said he can operate in both scenarios.

Hobbs has made cybersecurity a priority.

He said he had invested more money to double cybersecurity personnel and improve existing relationships with National Guard cyber units. He said he also backed up VoteWA, the state’s election database, to the cloud rather than a hard drive.

To improve cybersecurity, Anderson said she wants every county to undergo penetration testing, where firewalls are regularly tested to see if there are any holes. She also wants to help each county run tests on their tab systems, which are connected to the internet.

Another big issue in the race is how to handle election misinformation.

Already this election season, both candidates said they have worked in their respective offices to raise awareness of the state’s election processes.

Hobbs said he is working to educate the public about the voting and counting process. He said the Secretary of State’s office received additional funding this year to deliver this message.

He said he wanted to continue to fight misinformation and work with a newly created division of his office that deals with information integrity.

“We took the election for granted, but the public doesn’t really know what’s going on behind the scenes,” Hobbs said.

In Pierce County, Anderson said she worked to improve their web pages with more information about the election process and stayed in touch with the community with any questions.

To improve transparency, Anderson said that if elected, she also wanted to conduct a statewide risk mitigation audit to ensure that statistically valid samples from each county are taken for races at statewide after the election. She also wants to create an election observer corps that would be made up of nonpartisan volunteers to observe election operations and review voter registration records across the state.