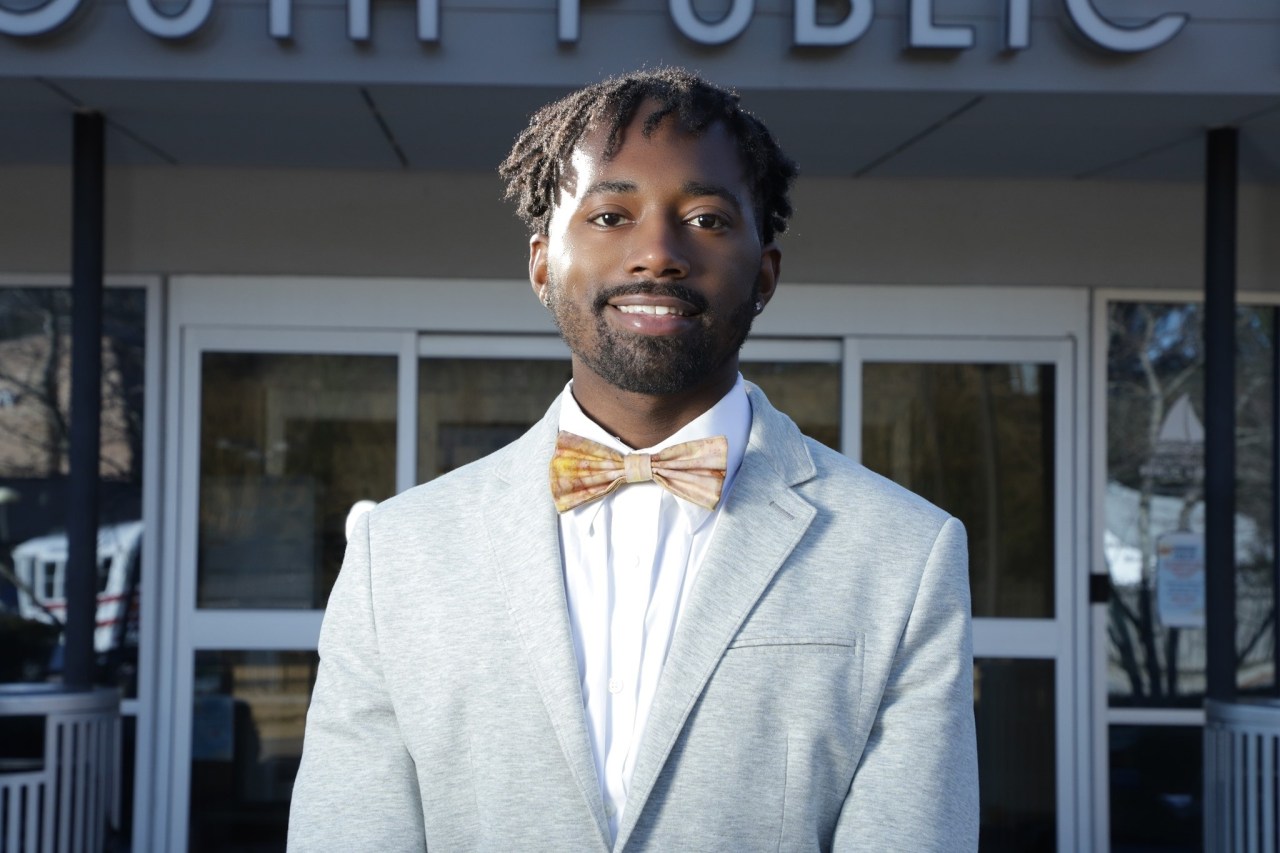 Nadarius Clark is the Democratic candidate for Virginia House of Delegates District 79. His name will appear on the ballot on November 2.

Biography: Nadarius Clark is a progressive community activist, organizer and Democratic candidate for delegate in the 79th District. He comes from a military family with a background in entrepreneurship. Clark grew up in a strong faith community and his family attends Holy Light Church of Deliverance in Portsmouth.

Born in Norfolk, he attended IC Norcom High School in downtown Portsmouth. He worked his first job at the age of 14 at his local 7-Eleven. After a fire destroyed his family home in 2013, he went to college and graduated from Virginia Union University, a historically black university in Richmond. These experiences gave Clark the perspective and commitment needed to improve the livelihoods of the people of Hampton Roads.

In 2016, after a KKK march disrupted classes at VUU, Clark co-founded the founding chapter of Generation Now Network, an organization committed to faith-based activism, advocacy and education. Clark organized to elect Portsmouth Mayor Shannon Glover with the nonprofit Virginia For Our Future, and organized with the Virginia Democratic Party to help elect Representative Bobby Scott, Senator Tim Kaine and President Joe Biden.

Clark embarked on this campaign to bring the same passion for community empowerment, racial justice and working class perspective to the Virginia General Assembly. If elected, Clark would also bring his perspective as the youngest delegate in over 200 years. Clark believes representation matters and it’s an opportunity to prove Virginia is ready for the next generation of leaders in Richmond.

What do you hope to accomplish, if elected?

Clark got his start in political organization as an advocate for racial justice, and he will continue to prioritize this issue at the Virginia House of Delegates. He will also fight for inclusive entrepreneurship, providing opportunities for people historically excluded from government incentive programs and education credits to open up opportunities for all Virginians.

Clark supports financial reparations to descendants of slaves and supports initiatives to use the emerging marijuana industry to invest wealth in communities decimated by the war on drugs.

In the south, 1,747 monuments celebrating Confederation are still visible to the public. Clark not only supports the removal of these statues, but their replacement with famous black leaders and heroes from Virginia, such as the decorated war hero Sgt. William Harvey Carney and union spy Mary Richards Bowser.

What is the most important issue facing your district and what is your position on it?

For Clark, the fight for climate justice is personal. As the youngest person on the ballot in Virginia this year, Clark has a personal interest in the future of this planet. Born and raised in the Tidewater area, Clark has seen the disastrous impact of climate change and sea level rise in Chesapeake, Norfolk and Portsmouth.

Clark opposes further construction of the Mountain Valley pipeline and pledges never to take the money from fossil fuels. It will support green infrastructure initiatives, like those found in HB-2292, which would impose a moratorium on all new fossil fuel projects by 2022.

What is your position on Virginia’s overall response to the coronavirus pandemic, and what could you have done differently?

Clark brings the perspective of a community organizer and democratic organization expert on the ground to education and dissemination of the COVID-19 vaccine. Clark will fight for a state-of-the-art vaccine grassroots initiative to educate one-on-one citizens in their own communities to ensure everyone understands the safety and importance of this vaccine.

What are the top three problems created by the coronavirus pandemic in your district, and how would you plan to solve them?

Four of the 10 highest eviction cities in America are in the Hampton Roads area. Clark believes we need statewide rent control and more investment in public housing. Additionally, Clark supports expanding tenant rights to ensure that no Virginians are exploited by predatory landlords.

Additionally, Clark has learned and organized alongside union leaders across the country and will continue this advocacy at the Virginia House of Delegates. Especially in the wake of COVID-19, Clark understands we must fight to repeal Virginia’s disastrous right to work laws and join other states, like Maryland, to establish a minimum wage of $ 15 an hour. .

People Think I’m Hispanic Because I Said I Was