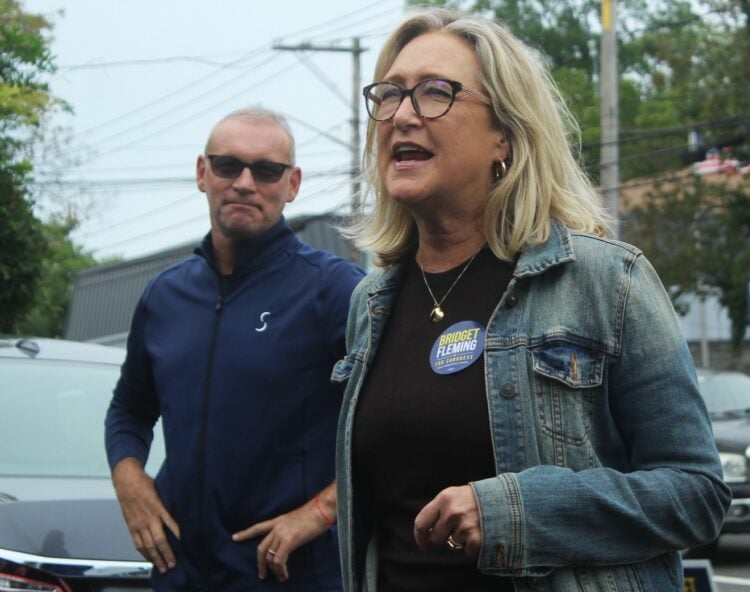 Huntington Democrats rallied on Sunday before heading out to knock on doors and solicit votes for the Nov. 8 election.

The Suffolk Police Benevolent Association has endorsed Bridget Fleming for Congress in the 1st District, one of the few Democrat endorsements.

Republicans are hosting a “send a fighter to Washington” party for Nick LaLota, candidate for the 1st Congressional District. The event is scheduled for October 11 at Skipper’s in Northport, from 6-8 p.m. 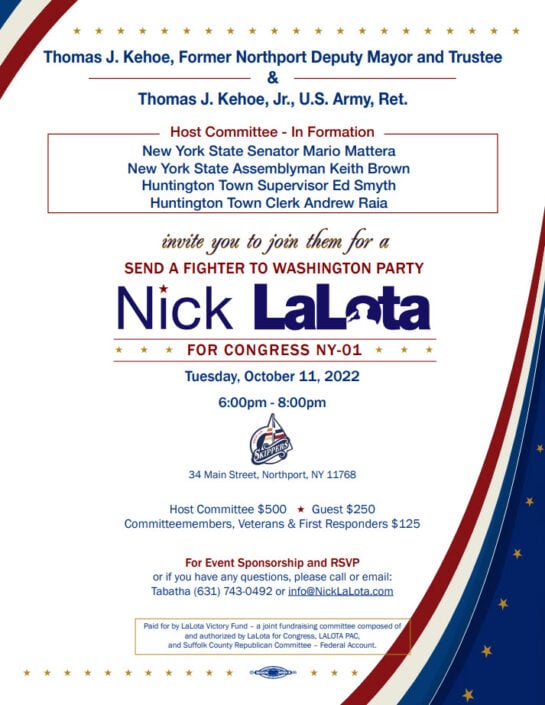 Lawmaker Manny Esteban is hosting a fall ball Oct. 19 to honor first responders. The ball is scheduled from 6 to 8 p.m. at the Moose Lodge in Greenlawn. 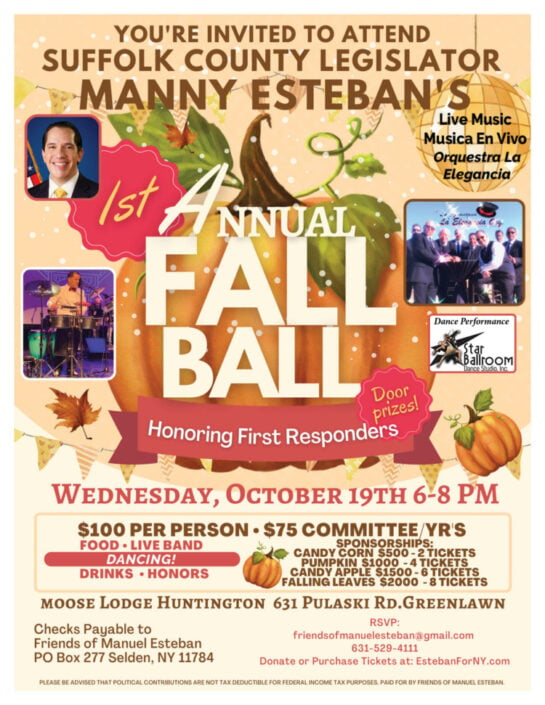 Candidates for Washington secretary of state disagree on experience, election handling and cybersecurity