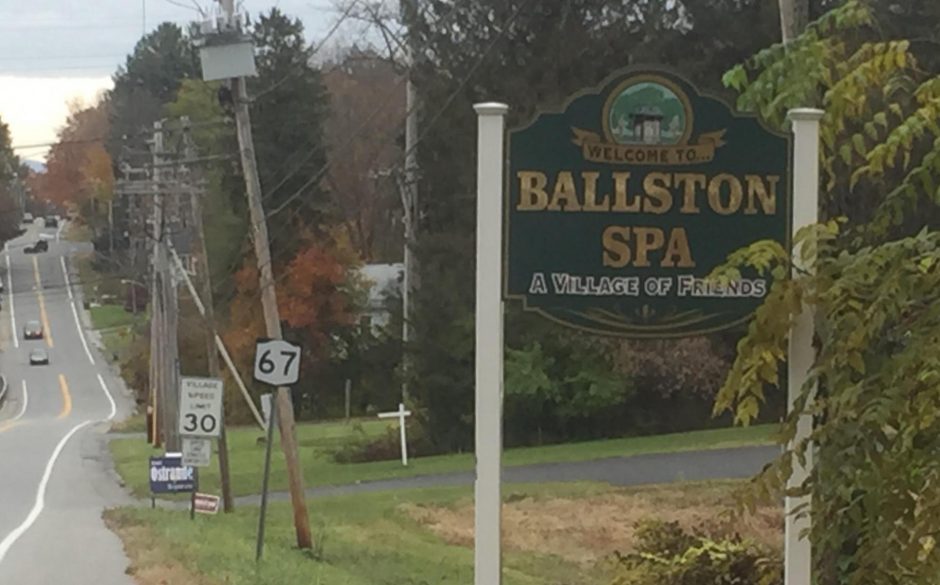 BALLSTON SPA – After 24 years of the same face in the mayor’s office, a special election in the village could elect the third person to hold the position since October.

The village board, which has been understaffed since the abrupt resignation of former mayor Larry Woolbright, will hold a special election on March 15 for the mayor’s seat and a trustee position.

Village clerk Teri O’Connor did not respond to an email requesting names of candidates.

But Republicans Frank Rossi Jr. and Bernadette VanDeinse-Perez released a joint statement saying they are running for mayor and administrator, respectively, and Ballston Spa Village Republicans have unanimously endorsed the duo.

Rossi said Mayor Christine Fitzpatrick, a former Woolbright deputy, is running to reclaim the seat she has held since November, while Democrat Kamran Parwana is running for administrator.

Fitzpatrick did not return a message Thursday.

Woolbright, a retired biology professor from Siena College, was elected to a four-year term in 2019. Woolbright took over from retired mayor John Romano, who served in the role from 1995 to 2019.

In a statement, Rossi said:

“I am delighted with the support of so many villagers for my candidacy for mayor, and I am delighted to stand with such a professional, positive and experienced administrative candidate as Bernadette. It is time for our “Village of Friends” to once again become a government “for the people and by the people”. This means always listening to the ideas and needs of citizens and taxpayers, whether we agree or not. It also means making sure that the priorities and expenditures of our village government correspond to the ideas and needs of the people.

“Unfortunately, the current village council said they felt ‘threatened’ by the expression of opposing views. I see these views as healthy participation and fresh ideas. The myopic attitude of our village committee cannot continue unchecked, and we hope that the voters of the village will agree and vote for us on March 15th.

“Ballston Spa is an exceptional community and has been made so by those who have made their lives here, started businesses and have been involved in the many wonderful voluntary organizations serving our community. However, locals became frustrated. They are being ignored by the current village council and are tired of the lack of measurable action. I know we can do better for our residents,” VanDeinse-Perez said. “I’m honored to receive the Republican endorsement for Administrator and look forward to Frank’s energy as the mayoral candidate. I can’t wait to start running, listen to residents and share how my years of experience can help our community.

In March 2021, the village held its first nonpartisan village elections, including a five-way race for two village board seats won by Shawn Raymond and Ben Baskin.

Seven months later, Woolbright abruptly resigned while reprimanding Baskin and Liz Kormos, two of four Democrats who serve on the board.

On November 8, the council, in a motion by Baskin, seconded by Kormos, nominated Fitzpatrick for mayor. Raymond said Fitzpatrick would be the first woman in the village to serve as mayor.

Fitzpatrick, in a statement on the village’s website this month, spoke of Ballston Spa’s bright future and its renaissance in recent years, including a revival of the village’s business districts, as well as a renewed focus on improving its infrastructure, transport, parks and sidewalks.

At a recent board meeting, Fitzpatrick spoke about what she called “frustration” among village residents that the village is doing too much planning. She said there hadn’t been a lot of planning over the past few years and council planning was aimed at moving the village forward.

Parwana said on social media that he is showing up to ensure the village is well placed to win a fair share of recent federal funding.

Rossi criticized the board, questioning whether it followed Roberts’ rules of procedure and moved into executive session with just two directors, according to minutes of a November meeting.

A Harvard law graduate, Rossi said he moved to the area in 1978, attending St. Mary’s School, Saratoga Central Catholic High School and Union College. He has been engaged with local government for years and often finds himself in village meetings and other town hall meetings to advocate on issues concerning village tax practices and infrastructure investment.

VanDeinse-Perez is a longtime resident who graduated from Ballston Spa High School in 2001 before graduating from the University of Albany. She currently serves on the New York State Assembly, the Milton Planning Board, and the Village of Ballston Spa Zoning Appeal Board.

Council members are seeking to have village elections run by the Saratoga County Board of Elections after the special election in March.

Council recently voted to put a proposal on the March 15 ballot on the timing of the election.

More from The Daily Gazette: